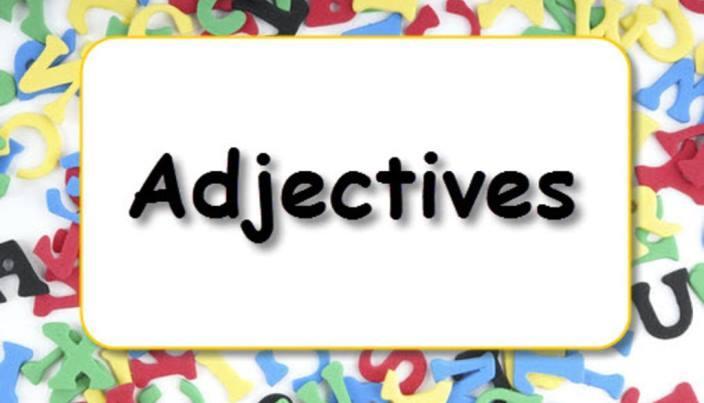 Adjectives are words used to describe nouns and pronouns, and they belong to the open class items which are limitless. No one can make a list of all the adjectives that exist in any language. The enormity of adjectives results in confusions and misuses among users of English. At the level of spelling, one common confusion among second-language users is the error of spelling ‘grateful’ as ‘greatful’. It must be noted that there is no such word as ‘greatful’ in English. Another example is ‘magnificent’, not ‘magnificient’. The remainder of this piece will be devoted to some adjectives that are often confused, owing to the similarities in their forms and/or meaning.

First off, on the one hand, the adjective, ‘ceremonial’, is related to ceremonies. It is used to talk about formal religious or public events:

The men were dressed in ceremonious black robes (non-standard).

The men were dressed in ceremonial black robes (standard).

On the other, ‘ceremonious’ explains something relating or appropriate to grand and formal occasions:

The president got a ceremonial welcome from his host country (non-standard).

The president got a ceremonious welcome from his host country (standard).

Read Also: The dynamics of gradable and non-gradable adjectives

The word, adverse, is used to talk about something that is not in one’s favour or something bad and injurious, while the word, averse, means not liking something or opposing it. These adjectives are aptly deployed in the examples below:

These actions would have an adverse effect (negative effect) on the company (standard).

My boss is averse to (he dislikes) secrecy (standard).

She has a desirous physique (non-standard).

She has a desirable physique (the type that is desired by others; standard).

The adjective, desirous, means having or characterised by desire:

She is desirable of prosperity (non-standard).

She is desirous of prosperity (she desires it; standard).

It might interest you to equally know that being amiable is not the same as being amicable. Having or displaying a friendly and pleasant manner is what it means to be ‘amiable’. Whereas, ‘amicable’, which is used alongside abstract nouns only (for instance, ‘parting’, ‘settlement’ and ‘relationship’) means to be characterised by friendliness and absence of discord:

We had an amicable settlement of the disputes because the persons involved are amiable gentlemen (standard).

The distinction between ‘contemptuous’ and ‘contemptible’ should also be established. Contemptuous means showing or expressing contempt, while contemptible means not worthy or deserving of respect. These are made clear in the example sentences below:

They are contemptuous of what she considers a great success (standard).

As a corollary to the foregoing is the difference between ‘eligible’ and ‘illegible’. The former indicates that one is qualified for something, whereas the latter refers to something that is unreadable, as clarified below:

These children are eligible for a university education (standard).

Next on the radar is the pair, ‘seasonal’ and ‘seasonable’. The basic difference between this pair is that ‘seasonal’ means ‘pertaining to a specific season’ or ‘fluctuating or restricted to a specific time of the year’, while ‘seasonable’ simply means ‘suitable for a particular season’, as in:

We saw some seasonable visitors to the United Kingdom (non-standard).

We saw some seasonal visitors to the United Kingdom (standard).

We are experiencing seasonal fluctuations in the demand for silk (standard).

Those are seasonal fresh fruit and vegetables (standard).

Those are seasonable fresh fruit and vegetables (non-standard).

Although the 10th Edition of the Oxford Advanced Learner’s Dictionary makes us understand that one can use ‘seasonal’ in the same sense as ‘seasonable’, especially during Christmas thus:

This is the first time one-year-old Stella has seen seasonal decorations (standard).

Furthermore, when something is ‘transitory’, it is ‘temporary or fleeting’, but when it is ‘transitional’, it is related to the process of changing from one state to another.

The transitional government in 1999 marked the beginning of the Fourth Republic (standard).

Last but not least, we have ‘climatic’ which is anchored in (not, ‘anchored on’) general weather conditions and ‘climactic’ which indicates the most important or exciting part of something. Compare the following sentences:

The climactic development (at the most important or exciting juncture) culminated with the end of the autobiography (standard).

A wide vocabulary helps people express themselves clearly. However, a proper knowledge of word meanings and how words with similar meanings differ is essential to clarity.