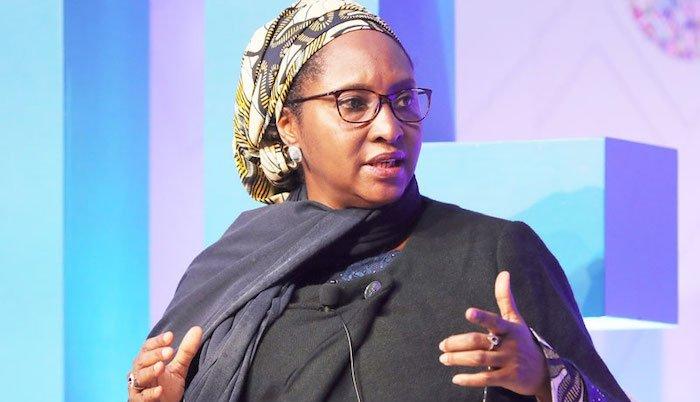 The removal of fuel subsidy is desirable as Nigeria can no longer afford the waste that goes into such venture. But it must be done with a human face. This is the opinion of many Nigerians.

The Federal Government is also being criticised over the proposed N5,000 monthly transport support, as critics say it does not portray government as thorough in its thinking.

Nigerians have faulted the proposed welfarist programmes the government has continued to adopt, which also have not solved the nation’s poverty problem.

Those who believe the current proposal would not positively affect the lives of Nigerians alluded to the disbursement of the Covid-19 palliatives in 2020 by the Ministry of Humanitarian Affairs, Disaster Management and Social Development, which turned out to be a bedlam.

Not only that the distribution was allegedly skewed in favour of certain parts of the country in total neglect of others, the stupendous amount of money voted for the exercise could not be properly accounted for.

During that period, when it became obvious that the distribution of the welfare package was not capturing enough people, the President had to direct expansion of beneficiaries of the Conditional Cash Transfer (CCT) from 2.6million to 3.6 million people, with more focus on the urban poor, who depend on the informal sector to earn their livelihood (daily wage earners), as well as people living with disabilities. That directive did not also impress millions of Nigerians that are living way below poverty line in far-flung parts of the country.

Read Also: FG to give ‘poor Nigerians’ N5000 in exchange for subsidy removal

At that time, Sadiya Umar Farouq, minister of Humanitarian Affairs, Disaster Management and Social Development, announced that Nigerians, who recharge their phones with more than N100, and have more than N5,000 bank balance are ineligible to benefit from the palliatives.

These parameters set by government did not go down well with many Nigerians and developmental experts who said they fell short of the desired standards. They also questioned why the focus on the urban poor alone in a country now being rated as the poverty capital of the world.

There were complaints in many states about the quality of the products brought to them as palliatives. At the end of the day, the N5billion that was claimed to have been released for the exercise was spent, with the minister claiming that N500million was spent on feeding school children in two states and Abuja during last year’s Covid-19 lockdown.

Kola Ayeye, CEO, GDL Asset Management Limited, is of the opinion that if the Federal Government insists on going ahead with the N5,000 distribution to certain Nigerians it described as “deserving” of the assistance, the National Assembly must first of all call the Humanitarian minister to give proper account of the billions of naira given to her last year and how it was spent.

“She should tell Nigerians how the distribution was done; how it was deployed; what was achieved. Government cannot be throwing money into programmes without people accounting for how the money is utilised,” he said.

He, however, blamed the nation’s legislature for allowing the Executive to overreach itself against the principle of separation of powers in the country.

“Our Legislature is behaving as if it is in the President’s fan club. They believe and accept everything the President does. It is not enough to say government is going to deploy huge amount of money to alleviate the poverty of 40 million people. There must be proper accountability. There must be check and balances,” Ayeye said.

She said the N5,000 transportation relief package was to cushion the effects of the proposed removal of fuel subsidies by mid-2022.

The minister repeated what had been said over, and over again that the subsidies were unsustainable.

What has remained vague is the term “deserving Nigerians” who would be getting the package.

Clement Olehi, a public affairs analyst, who spoke with BusinessDay on the development, said: “Fuel subsidy removal has become a perennial campaign point for politicians. When they want to play on the intelligence of Nigerians, they say removal would affect the people, whereas they are the major beneficiaries of the racketeering going on. Now that elections are by the corner, they are coming up with another scheme that would enable them to go to the markets as before to share N5,000 in the name of transport grant. At the end of the day, the subsidy removal will not work. It is all a scam.”

Olehi said that there is no amount of handouts that can help the Nigerian poor, but a conscious effort by government to take their people permanently out of the poverty net.

He said: “We are conversant with the saying that ‘don’t give me fish, but show me how to fish.’ If you give a poor man or woman N5,000 in Nigeria of today, by next tomorrow he has become poorer. If that is the case, why not get the infrastructural need of the country solved, so that the people can have constant electricity to do their small-scale businesses? Why not provide good roads to enable them move their produce to towns and cities? Why not combat the insecurity problem so that people can once again return to their farms, travel easily for commercial activities? Why not come up with policies and programmes that could enable people take loan from banks at affordable interest? These are things a responsible and responsive government can do; not to share N5,000. By the way, what is N5,000 in Nigeria of today?”

In her opinion article in The Punch Thursday, Abimbola Adelakun pointed out that “Things have been so bad that almost 90 percent of the entire country would deserve any relief programme.”

Describing the relief package as “merely another talakawa policy,” she noted that “In the past six years, this regime has introduced several talakawa policies such as the Conditional Cash Transfer that led Vice President, Yemi Osinbajo to distribute N10,000 in the market; the N-Power scheme that pays N30,000 stipend to youths to enhance their skills; the school feeding project, and the Special Public Works programme touted to potentially employ 774, 000 youths throughout the country. None of these talakawa programmes have alleviated poverty; they have merely deepened it.”

Her verdict: “The N5,000 transport grant will not be different.”

“We will recall that when the current president, Major General Muhammadu Buhari (rtd.), was contesting for the position, he said that the fuel subsidy math does not add up and is, therefore, a scam. Since Buhari got into power in 2015, he has not only kept up the fuel subsidy payments but they have also ballooned under his watch. Just last year, they announced that their government had finally removed the fuel subsidies. Media aide Garba Shehu even published a self-congratulatory piece where he said history would be kinder to Buhari than to his critics because he finally grew the balls to do what every government could not do for decades. Barely 12 months after that celebration of Buhari’s fortitude, we are back to square one where we are still setting a future date for ending fuel subsidies. The policy somersault is an obtuse demonstration of their disingenuousness and dubiousness,” she further said.

According to her, “I cannot but doubt that this government will end fuel subsidies just months before a high-stakes general election. When the 2023 electioneering fully launches next year, all those fuel marketers who currently benefit from those subsidies will be a part of the clique of their sponsors. That is why they cannot afford to turn off the faucet. What I do not doubt, though, is that they will go through with the proposed N5,000 transport grant scheme. Given how much the 2023 elections will cost, they will see the need to institute another talakawa policy to funnel cash from the public coffers and into the pockets of their corrupt acolytes in high places.”