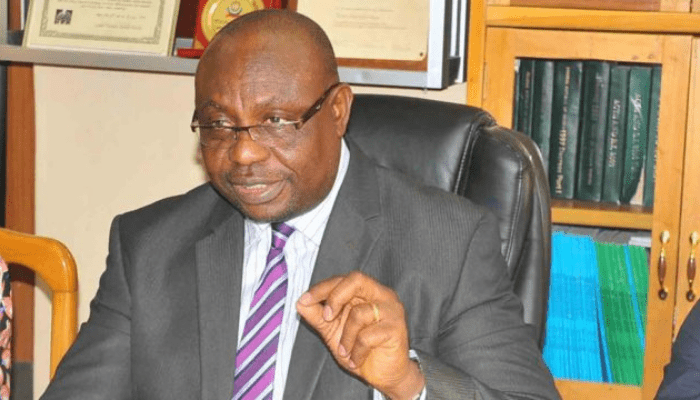 The Independent National Electoral Commission (INEC) says it will commence the conduct of elections in the newly created polling units with the November 6 governorship election in Anambra state.

Festus Okoye, National Commissioner and Chairman Information, Voter Education and Publicity, INEC, Abuja disclosed this during an implementation meeting on voter enlightenment and publicity for the 2021 Anambra Governorship election on Tuesday in Awka.

“As some of you are aware, the new polling units created by the Commission will come into force November 6, for the 2021 Anambra governorship election”, he said.

Okoye said the Commission was deeply saddened when the premises of its Anambra State Head Office went up in flames not too long ago, destroying buildings, equipment and utility vehicles.

“We have substantially recovered from the inferno as the Commission is not permitted to wallow in self-pity in the face of a Governorship election whose timeline is constitutionally circumscribed and cast in stone”, he said.

Okoye said the Commission places high premium on the deployment of technology in the conduct of elections.

“There is no doubt that the deployment of technology in the delivery of over 26 bye-elections since the 2019 general elections remarkably reduced the impact of human interferences in the outcome of the elections.

“The commission was able to show a clear capacity to deliver credible elections, ensuring more especially that the results from the polling units were not tampered with and that they reflect the will of the voters”, he said.

Okoye said that INEC would deploy additional staff and materials to Anambra in the next few weeks to accelerate the continuous voters registration exercise.

According to him, “Political parties will commence campaigns on August 8, 2021, It is important for parties to bear in mind that the country is still within the web of a global health emergency.

“Political parties and candidates are required to strictly adhere to the COVID-19 protocol contained in the statement released by the Presidential Steering Committee on COVID-19 on July 30, 2021.

“Political campaigns or slogans shall not be tainted with abusive language directly or indirectly likely to injure religious, ethnic, tribal or section feelings.

“Political parties are reminded that places designated for religious workshops, police stations, and public offices shall not be used for political campaigns, rallies and processions”, he said.

Yetunde Baderinwa, state Coordinator of National Youth Service Corps assured that more than 2, 000 serving corps members in the state were in high spirits to participate in the conduct of the election