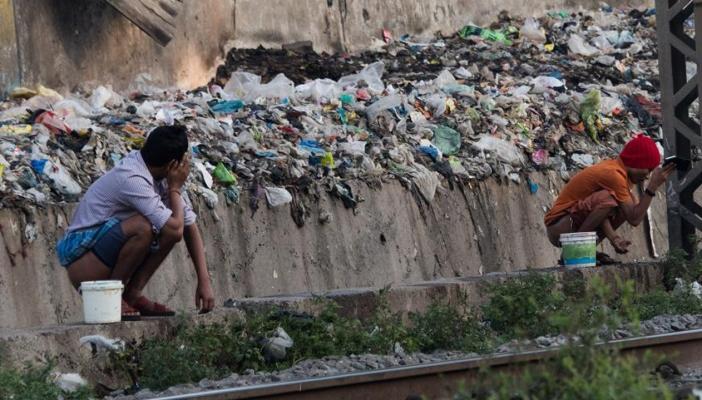 Very common in Lagos are street urchins positioned virtually everywhere on major roads. Immediately a vehicle breaks down, some unscrupulous and suspicious elements surround the broken down car owner who might be busy trying to fix it or making attempts to get a repairman. One will see these hooligans appearing one by one until they form a ‘team’ with uniform mission and target. These thugs shamelessly and confidently demand money from the vehicle owner at the exact place where the vehicle breaks down. No matter how deserted that road is, with no pedestrian or passer-by except moving vehicles, they will still show up from nowhere. It’s as if they are strategically positioned and scattered all around.

The unsuspecting car owner may be dispossessed of his belongings once these louts see he is not ready to wilfully give them money for the space his broken down car occupies by the roadside. They claim they are entitled to it for securing the area as ‘area fathers’. These area thugs may number up to 10 and the longer one stays, the higher the risk of being waylaid or attacked. For a smart and wise person, the side windows of his car should be wound up, his phones and other personal belongings must be kept in a safe place as long as these miscreants are still around.

It is these hoodlums who are always on standby to take advantage of any disagreement between two parties at open places. They are always looking forward to violence-erupting situations to cause pandemonium. They would hijack any potentially-explosive misunderstanding between different tribes, religions, parties or interest groups to make it degenerate into chaos. These ‘standby hoodlums’ are always busy causing riot in order to loot shops and steal from innocent people. These thugs have made some areas in Lagos to be labelled as notorious and unsafe to pass at night at times.

A strict panacea for nipping open defecation in the bud is to prosecute owners of private, corporate or public buildings without toilets and water facilities

Not too long ago, Lagos Governor, Mr Babajide Sanwo-Olu, through his convoy, arrested some highway robbers who specialize in criminal activities in traffic. They were nabbed at Ojota area of Lagos State and later arraigned before a Magistrate court to serve as deterrence to others who indulge in such acts. These criminals make travel experiences woeful for travelers stuck in traffic. It is just a question of time; Lagos would be a safe haven for all, only if every resident remains law-abiding and cooperates with security agencies. Everyone would have their mind at rest when they are in busy areas at night or during the day as the city becomes more secure and peaceful when criminals are fully dealt with.

In addition to what may also call for worry and concern to many Lagosians is the outbreak of a disease that appears to have killed more people in Nigeria than COVID-19. Some states in Nigeria are already grappling with the outbreak of cholera. With hundreds dead and many infected, we cannot afford to lose guard when it comes to hygiene and sanitation given the nature of the disease. Cholera is a water-borne disease and can be contracted from polluted water that may result from open defecation. Why then should preventable diseases be allowed to wreak havoc? We may all be playing the ostrich if we fold arms doing nothing about open defecation and just wishing cholera, a preventable disease, away.

Defecating openly has health, economic and social impacts on the defecator and people around as well because the diseases that result from such act are capable of infecting those who inhale the stench that oozes out of the excreta. Even in this era, where mobile toilets are seen virtually at busy bus stops in Lagos, it becomes worrisome and disturbing that people still defecate openly.

One major cause of open defecation in Lagos is absence of toilets in some houses, shopping complexes, places of worship, fuel stations, restaurants and markets. Other public places where buying, selling and many essential services are being rendered which do not have functional toilets also contribute to open defecation. In fact, most toilets around major places are not clean or ready for standby use. Only a few toilets are clean and functional in most busy non-residential areas.

The recently created Lagos State special task force, Anti-Open Defecation Gang, has a lot to do in arresting and prosecuting defaulters who defecate openly to serve as deterrence to others. Other concerned agencies under the purview of the Ministry of Environment and Water Resources are also not left out in the fight against this shameful and unhealthy act.

A strict panacea for nipping open defecation in the bud is to prosecute owners of private, corporate or public buildings without toilets and water facilities. Government should also not approve any plan for building, whether private or business, without toilet facilities, as this will serve as another good measure to combat open defecation.

Those who operate public places with toilet facilities that are not properly maintained should be sanctioned appropriately. Same sanction should apply to private or public building owners with toilets but no running water. An ideal and proper place for defecation should be hygienic and well covered.

Maintaining a good sanitation lifestyle should be one of the attitudinal changes we all must imbibe to be free from the risk of contracting infectious diseases. Continuous awareness and sensitization on dangers of open defecation should be intensified on all media platforms.

Seeing faeces in and around uncompleted or abandoned buildings that are located on major roadside or even on the streets isn’t new because passers-by easily make themselves comfortable urinating or defecating there.

Uncompleted buildings and abandoned structures half-built, with pending court cases over ownership tussle must be quickly resolved. The judicial arm of the government should see to expediting delivery of judgments on those cases. These abandoned buildings do not only serve as easy places for defecation, they are hideouts for street urchins to carry out their criminal activities.

Another major reason most open places in residential areas are littered with human faeces is due to lack of water caused mainly by irregular power supply in those neighborhoods. Residents of those areas resort to defecating in open places once they have tissue paper with them.

Open defecation is not only prominently dominant in areas and places heavily occupied by markets and shops, but also at car parks and garages where loading of passengers takes place. Some garages have toilets but they are not fit for use because users mess them up and no one does the cleaning regularly.

Dwellers of hinterlands and remote areas are prone to being attacked by diseases that accompany exposure to human faeces left in open places. Lives will be protected as deadly and infectious diseases, such as cholera, diarrhea, dysentery and typhoid will be kept at bay if every building, private or public, has functional toilets with running water.

For our mind and soul to be at rest and the body in healthy form, a special mechanism to checkmate the rising threats of these menaces must quickly come on board. Peace and sound health would be guaranteed if miscreants and open defecation are ridden off in Lagos.

Ojewale is of the Public Affairs and Enlightenment Department of LASTMA