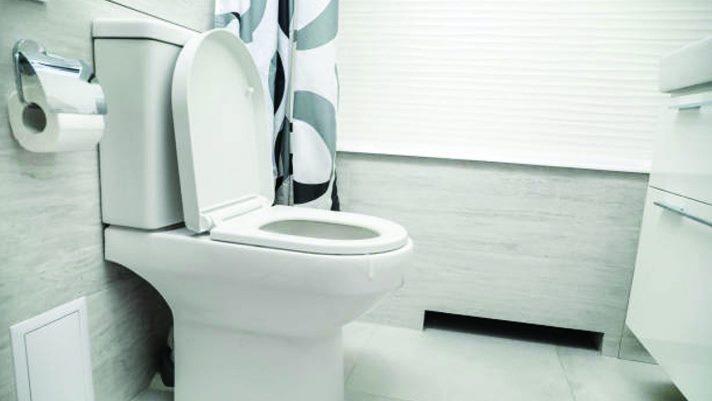 Friday the 19th of November 2021 was celebrated all over the world as ‘World Toilet Day’. The day has been so designated and celebrated annually since 2013.

Only a few weeks ago, this column focused on the topic of the Nigerian toilet, and how it remains a major area of failure in the health, culture and social lives of the people. Nigerians are not all alone; there are similar problems in India and China, among several other countries.

The reasons for revisiting the topic so soon have to do, not just with the worldwide celebration that took place last week, but a sense of despair and futility occasioned by the flurry of activities and pronouncements from Abuja driven by a need to be seen to appear in synch with rest of the world. A UNICEF official disclosed that 46 million Nigerians defecate in the open, making the nation one of the greatest perpetrators of that unwholesome habit in the world. Another voice hinted that for the federal government to end open defecation in the country, it would be required to spend a humongous amount of money, in excess of one trillion naira.

But most worrisome of all, in terms of assessing the grasp of Nigerian officialdom on the nature, ramifications, and implications of the problem, were that the government’s statement on the World Toilet Day came from the Federal Ministry of Water Resources. Not Health. Not Environment. And not a joint statement. It was obvious who ‘owned’ the budget vote.

The reason 46 million Nigerians defecate in the open is that they are living on the streets, or they have no toilets in their homes, or they see nothing wrong with it

Every year, November 19 has been marked with worldwide public advocacy events focused on toilet and sanitation.

The global statistics are dispiriting. 4.2 billion people – out of a world population of 7.9 billion, live in environments where sanitation, including human body wastes, are not properly and safely managed. 673 million out of these defecate in the open. In 2015, 58% of all diarrhoeal diseases resulted from poor sanitation practices surrounding the toilet, including unsafe disposal of human waste, and inadequate handwashing. This situation directly resulted in the deaths of more than half a million children from diarrhoea. Improving sanitation surrounding toilet practice was shown through research to directly improve the survival of children.

The Sustainable Development Goals (SDG), enunciated at the United Nations in 2016, are a set of goals that the whole world is meant to strive to attain by 2030 as a mark of acceptable universal development. Item 6 of the 17 SDG items focus on the need for clean water and sanitation to be available to every human being in every part of the world.

Here are some nuggets on toilet culture, for whatever they are worth.

Water is important but is only one of several important items.

Sanitation is a local matter, involving Health, and Environment, and cutting across territories of Education and Commerce and all other areas of human life, including Transportation.

The reason 46 million Nigerians defecate in the open is that they are living on the streets, or they have no toilets in their homes, or they see nothing wrong with it.

There are virtually no public toilets in Nigeria.

Even in places where people gather, such as the National Stadium and different sporting venues, while there may be no shortage of water, the toilets are generally in a horrendous state.

Many offices, private and public, are in the same straits.

In the airports and malls which are meant to be the showcase of good toilet practice, there is usually a band of untrained, uncouth ‘cleaners’ who do not keep the toilets clean and dry but spend most of their time begging for money from patrons.

In the markets, toilets, where they exist, are execrable, with two or three toilets in a busy market to serve thousands of traders and customers.

In public primary and secondary schools, as well as public Universities, the toilet infrastructure and culture are generally abominable.

Seeing the true spread of the problem makes it clear the solution is multisectoral and does not just reside in humongous ‘federal’ contracts to be awarded by the Ministry of Water Resources. It resides in a deliberate commitment at all levels of government to have real change and to persuade and enforce real change in the citizen. There must be functional toilets in every home. The sanitation of every home must be amenable to intrusive inspection by Local Government Sanitation Officers. There must be public toilets – designed with appropriate technology for easy maintenance and sustainability, in every of the ten thousand wards in the nation, as well as on all highways, with the local community having responsibility for ownership. Well-kept toilets must be available for public use in all malls, eateries, petrol stations, and offices, whether public or private.

Appropriate laws and regulations must be enacted to back these moves.

There must be continuous advocacy to get the public to see sanitation and toilet culture as Health, Environment and Cultural measures of their civilization and reflections on their persons. People who fail to comply with the laws and regulations should be arrested and prosecuted to serve as a deterrent to others.

It is only through this thoroughgoing approach that Nigeria may reasonably aspire to become, someday, not just Open Defecation Free (ODF), but also a wholesome, congenial living environment for present and future generations.