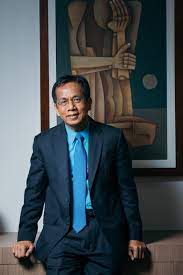 THE Philippine Competition Commission (PCC) has vowed to step up its campaign against cartel activities and abuses of dominance, saying such could derail the country’s recovery process from the pandemic.

Hence, Balisacan said, as the country continues to face the challenges of the pandemic and rebuild, “the PCC commits to the removal of anticompetitive practices that derail the recovery process.”

The competition watchdog has vowed to ramp up its enforcement activities to investigate markets in priority sectors, monitor complaints, and address consumer and stakeholder queries.

In fact, PCC had already started to widen the reach of its advocacy and enforcement activities by opening its first investigation and collaboration station (i-Station), making PCC’s services more accessible and closer to stakeholders outside Metro Manila.

In November 2021, PCC launched its first i-Station at the University of the Philippines in Baguio City.

Balisacan said PCC is committed to leveling the playing field in businesses not only in the capital, but also in the various geographic markets across the country.

Balisacan emphasized that the opening of i-Stations is geared towards “strengthening enforcement against cartels and anticompetitive practices and fast-track recovery for local economies.”

According to the PCC 2021 Annual Report, the i-Stations are meant to help the PCC in fulfilling its enforcement of the Philippine Competition Act by providing ease of access to regional government agencies and their stakeholders in their respective locations.

“They will primarily serve as PCC’s temporary workstations to facilitate the conduct of investigation work, field missions, surveillance, interviews, and market monitoring, among others,” read the PCC Annual Report. The competition watchdog added that this would be temporary until the launch of permanent regional offices in the future.

Further, the i-Stations will also aid the competition watchdog collaborating with other government agencies and the private sector for activities such as competition-related research, advocacy, and capacity-building programs.

The PCC opened its i-Station in Legazpi City a month ago. Meanwhile, the competition watchdog is targeting to open two more i-Stations in the third quarter of the year in Visayas (Cebu) and in Mindanao (Davao City).

PCC said it would continue to engage in collaborative efforts with the broader competition community to improve its capacity and address competition concerns with international dimensions.

The PCC is mandated to implement the National Competition Policy and enforce Republic Act No. 10667 or the Philippine Competition Act (PCA), which serves as the primary law in the country for promoting and protecting market competition. Moreover, the competition watchdog shall prohibit anticompetitive agreements, abuses of dominant position, and anticompetitive mergers and acquisitions.