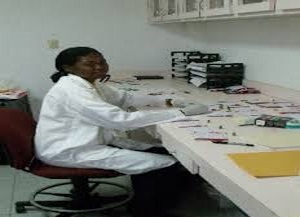 The Belize government Monday urged citizens to refrain from paying any form of compensation to public officers employed with the National Forensic Science Service (NFSS) and to report any instances of “perceived abuse of authority such as suspected or attempted bribery”.

In a statement, the Ministry of National Security gave no indication as to any incident of such behaviour, but reminded the public that the NFSS is a government department that is “tasked with collecting and analyzing exhibits from crime scenes, accident scenes, conducting post mortem examinations according to forensic inspection and testing standards, and producing certified reports detailing their collection and/or analysis of items.

“Members of the public are not required to pay any fee or other forms of compensation to public officers employed by the NFSS for performance of their government mandated duties mentioned above,” the Ministry said, adding that public officers employed by the NFSS “are not allowed to accept any such payment in return for the execution of their duties.

“Furthermore, public officers employed by the NFSS are not authorized to conduct private business related to the execution of their duties for which they are employed by the government of Belize.”

In the statement the Ministry said under the National Forensic Science Service Act, it is an offence “for any person to threaten, intimidate or exert any pressure, either directly or indirectly, on any member of staff of the Service with the intent of influencing the outcome of any forensic examination carried out or to be carried out by him or any other member of the Service”

It said that any person guilty of such an offence shall be liable on summary conviction to a fine not exceeding five thousand dollars (One Belize dollar=US$0.49 cents) or to imprisonment for a term not exceeding one year, or to both such fine and imprisonment.”