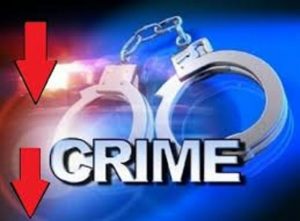 Police shot and killed one person during a shootout on Sunday as law enforcement authorities warn Trinidad and Tobago citizens to be on their guard as criminals seek to take advantage of the Christmas Season.

Police said that they had been called to a home invasion in Charlieville in Chaguanas in Central Trinidad where they were greeted by gunfire.

“They returned fire fatally wounding one of the suspects. Three other men were apprehended and an automatic assault rifle and a pistol with extended magazine and a bullet proof vest were seized,” police said in a statement without providing the identity of the person killed or those apprehended.

The police also said on Sunday they had detained two men after they were found at an Automated Transfer Machine (ATM) that was being “rigged with a foreign device.

“The officers surveyed the area and observed two men approached the machine and removed the device the men were arrested and found to be in possession of over 21 counterfeit cards.”

The police said they had also detained one man and seized drugs and guns during an operation in the southern section of the island on Saturday.

They said that officers while on patrol stopped a vehicle but the driver exited and began to run away. “Officers apprehended the suspect and upon checking the vehicle found six shotguns, 17 kilograms of marijuana and some liquid described as ‘bush rum’.

“Two Venezuelan nationals who were in another vehicle driving out of the beach road were also arrested. On checking further on the beach the officers found and took in custody 35 illegal immigrants, four adult males and 31 women and children ages ranging from two months to 54 years.”

Law enforcement officials said in another operation they seized over three million dollars (One TT dollar=US$0.16 cents) in cocaine in Couva in Central Trinidad.

“During the exercise, eight individual wrapped packages containing cocaine weighing a total of 8.269 kilograms was found. The drug has an estimated street value of TT$3,842,108.16,” the police said in a statement.