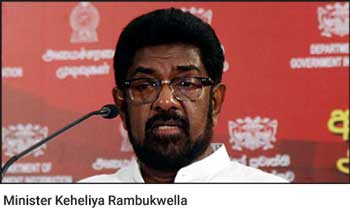 The Ceylon Motor Traders Association (CMTA) has expressed its concerns on the decision the Government has taken to import 400 vehicles – including 227 luxury SUVs – to a value of Rs. 3.7 billion through the Bank of Ceylon.

The Government reversed its earlier decision to cancel the order, citing the fact that the Letters of Credit (LCs) had been already opened and “as the opening of Letters of Credit meant guaranteed payment, Sri Lanka faced the prospect of being blacklisted if a unilateral decision was taken” as per Minister Keheliya Rambukwella’s explanation to the press.

“The CMTA notified the Government of the same issues and repercussions on international trade as a result of unilaterally dishonouring 216 LCs of its members that had been opened prior to the import ban in March 2020. Totalling Rs. 5.2 billion, these include a considerable number of vehicles ordered by permit holders such as doctors and Government officials who are at the forefront fighting the pandemic, some of whom had already sold their existing vehicle, anticipating their new vehicle to arrive shortly. Is it fair to keep these permit holders on hold indefinitely while new luxury SUVs are imported for MPs during the import ban?” CMTA queried.

Due to these LCs being dishonoured, a total of more than 14,000 vehicles comprising 10,780 motorcycles, 2,640 trishaws and 537 cars specifically ordered for Sri Lankan market conditions were prohibited from being imported.

“The vehicle import ban imposed last year has taken a toll on vehicle buyers by constricting the market at a time when the need for personal transportation is more acute. To make matters worse, the resulting imbalance of demand vs. supply has caused prices of used vehicles skyrocket within a short time span, and has led to unscrupulous activities at the expense of the consumer, such as odometer tampering.”

CMTA Chairman Yasendra Amerasinghe said: “Considering the rampant increase of COVID-19 cases at this time, with various potent variants of the virus spreading throughout the island, personal mobility represents the safest option for citizens who have no choice but to travel. The CMTA very much agrees with Minister Rambukwella’s statement that cancellation of confirmed LCs will affect the credibility of our banks and country. We strongly urge the Government to apply the same standard to LCs for vehicles for Government servants including doctors, and the general public as it has applied for luxury SUVs for MPs. We hope that there would be no double standard.”

Furthermore, the CMTA mentioned that it had been reminding the Government of a proposal for quota that it had submitted in March, at the request of the President’s Secretariat, to which no response had been given. This proposal was based on a minimum volume of vehicle imports for the industry to survive until the import ban is lifted.

Concerns were also raised as to how this purchase had been carried out without an open tender, with queries as to whether it complied with Government procurement guidelines.

Founded in 1920, the CMTA is affiliated to the Ceylon Chamber of Commerce and is widely accepted as the voice of the Sri Lankan Automotive Industry. It is the most senior automotive trade association in the region and represents all major international automotive manufacturers, through their agents. The members of the CMTA collectively employ and train thousands of Sri Lankan citizens while bringing in international best practices in engineering and management, making a talent pool that is trained and employable internationally.

CMTA members are all audited by the manufacturers they represent, and the vehicles they import are shipped directly from the factory, designed with country specific features such as engines meeting local fuel standards, suspension designed for local terrains, tropicalised and AC systems designed for local tropics with full warranty so the Sri Lankan public is assured of the quality of the vehicle and the credibility of the agent.