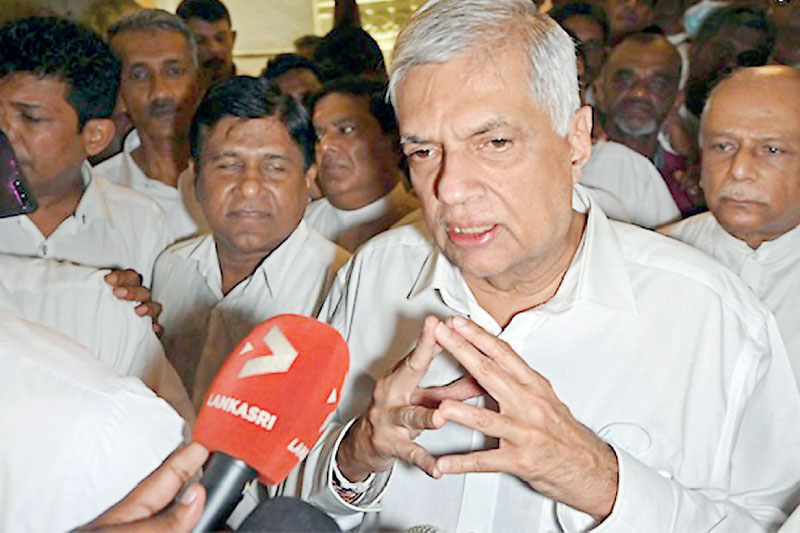 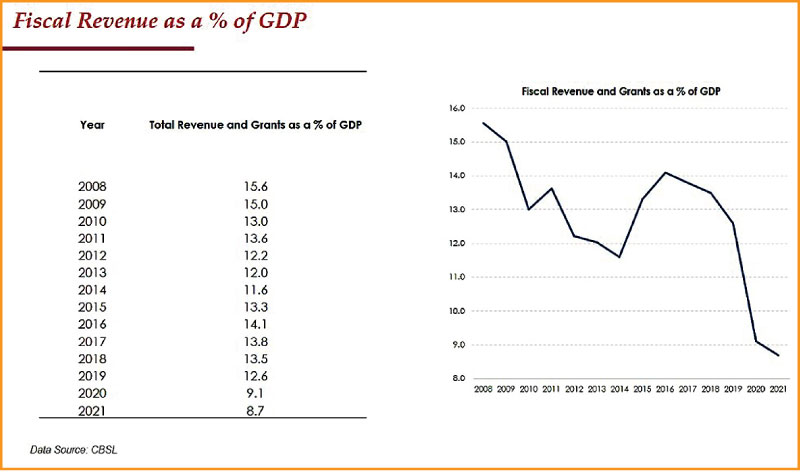 Post-COVID, the world has been forced to adopt strategies that have not been tested before as the variables that a country was up against were very different to normal life. Talking technically, a multitude of shocks were hitting economies – COVID deaths, vaccination issues, liquidity issues due to increasing costs, revenue drops due to lower export revenue and zero tourism receipts whilst foreign reserves were drawn to buffer costs and depreciating currencies.

Some countries kept their heads above the water whilst some were drowning as there was a skill gap in the administration. Countries that had professional leaders like in Singapore and New Zealand became examples to the world. Sri Lanka parliament has over 80% with only the ordinary level qualification being severely challenged. Those who were educated were playing politics or enthralled in corruption that were blinded – the best case in point the Central Bank hierarchy which included the Monetary Board.

When I asked one of my former bosses in the UN (who is currently a country head for an East European country), her reading was that ‘Presidents and Prime Ministers’ who are educated (with formal education) were performing. Meaning, they had the skill to manage the multitude of variables that were hitting the economy. The country leaders who have come via the political power game were absorbed in the political economy and lacked the credibility to give leadership to the country. These countries totally mismanaged COVID, and their respective economies. Sadly, Sri Lanka fell into this latter group. To be specific poor decisions like a home-grown solution rather than getting IMF help, banning chemical fertiliser and announcing to the world that Sri Lanka will be the first country to take the organic route can be cited. I would add the cancelling of a ‘Sovereign guaranteed’ project like the ‘Light Rail project awarded to a Japanese supplier’ are cardinal mistakes that even a layperson would not make.

But a point to note is that there are 61 countries who are very close to the situation that Sri Lanka is faced with – severe liquidity issues. It’s only a matter of time to see the pack collapsing.

The other day when I saw the former president moving from Singapore to Thailand and how the development was being reported in global media, it sure made Sri Lanka a real pariah state. We hear of such behaviour in African countries where economies are ruled by dictators. They finally get chased away from a country after looting billions of dollars. We never thought Sri Lanka would come to this point. But it has and now we have to face it. I guess we have no option but Sri Lanka happens to be the only country that is in this quadrant where the rulers have been chased out of the country due to looting.

I feel sorry for Gotabaya Rajapaksa as there are bigger fish who should have been in the net but they remain free in Sri Lanka. A point to note is that one of the stipulations of the IMF is that Sri Lanka has to demonstrate financial governance if the country is to qualify for an IMF bailout. This is very serious.

Given that the global media is tracking Sri Lanka after the spotlight on the chased President who has been denied a visa to the US and then moving to Maldives, 14 days entry to Singapore and now a 90-day entry to Thailand does not augur well for the $ 82 billion worth brand as per the global nation brand valuation.

When Sri Lanka was showcased to the world with petrol queues taking away over 20 people’s lives, food queues at Lanka Sathosa outlets and today inflation touching 90% is destroying the reputation of the country. The announcement from the Central Bank that Sri Lanka is bankrupt was the nail on the coffin. In my view somebody must be charged in court for the situation that the 22 million population is up against. If Sri Lanka had gone for an IMF bailout in 2020 as recommended by top economists and Deputy Governors of the Central Bank, it would not have been in this situation. The best case in point is Bangladesh who went in for an IMF safety request last month even though the country is very strong on its foreign reserves. This to my mind is prudent governance that Sri Lanka officials must learn.

The latest data from the World Bank states that there are almost a million people in poverty in Sri Lanka. With the increasing utility costs – electricity hike of 75%, etc., the estimates coming out is that almost 40% of Sri Lanka will be hitting the poverty belt by December. The latest consumer research behaviour of the FMCG sector reveals that packaged food has declined by -7.8% in volume, Personal Care by -3.5%, Non Alcoholic beverages by -6% and Dairy products by -5.2% as at end June 2022. What it means is that the quality of life of the average Sri Lankan household is declining rapidly. For instance people are moving away from shampoos to soaps for hair care. Which means all the work done by companies to improve the lifestyle of a Sri Lankan is now on backward drive. A cost that economists do not capture on the mismanagement of the economy of Sri Lanka.

It is said that history repeats itself but Sri Lanka can yet learn from other countries and avoid issues. Turkey is the best case in point. The country is facing the same reality unfolding. Way back in 1998 the country signed a landmark agreement with the EU. Turkish exports catapulted just like Sri Lanka when we entered into the GSP trade agreements with the US and EU.

But by 2001, Turkey was reeling due to the mismanagement of the economy. Inflation touched 106%. The Turkish Government was kicked out in 2003 and a Justice and Development party won the parliamentary elections. Under the new Prime Minister Tayyp Erdogan economic reforms came to effect. The country stabilised its economy and also aligned itself with the EU framework. Turkey pursued solid economic reforms with a strong monetary policy and a very independent Central Bank. Many Western companies considered Turkey as a very attractive place for setting up business and the FDIs came into the system due the modern trade regulations that harped on international product life cycles and strategic development of industries based concepts like the diamond model.

Then, Turkey moved to an inward looking leadership where the consumption of alcohol was restricted, entertainment and business regulations became strongly regulated which included temporary bans on Twitter and YouTube that made Ergodan to be seen as an autocratic leader. The Government turned to neutralising the revolting nation where even military generals were put into prison on the theme of ‘coups’. Finally the urban secular youth began to revolt against the government leadership. The famous Istanbul Central Gezi Park was where the protest started and in 2013, there were many university professors, Government officials who were arrested in an attempt to quell the uprising.

This resulted in Turkey not being in line to the EU membership criteria whilst many companies expressed their displeasure to invest in Turkey. FDIs began to decline whilst in some business sectors people openly criticised the government strategy. The political uncertainty began to brew that finally led to companies not wanting to invest in Turkey. Sri Lankans need to pick this lesson and not let history repeat itself in our part of the world.

Turkey’s economy is in bad shape as at today, with foreign trade deficit reaching a monthly average of $ 8 billion. The country’s average gross energy imports shot up from $ 3-4 billion per month to $ 7-8 billion. The difference between imports and exports for all types of goods and services, continues to widen. According to the latest figures – May 2022, the deficit has reached $ 6.5 billion as of May and this trend may worsen is the estimate. An annual deficit of $40 billion is expected for the year 2023.

Just like Sri Lanka, the real problem in Turkey is that a considerable amount of short-term external debt maturing whilst a $ 183 billion in hard currencies must be paid back. The Turkish economy needs at least $ 220 billion in the coming 12 months to survive. There is another factor adversely affecting Turkey’s external balance as well. The country does not have the fiscal discipline due to the political economy at the helm.

There are many pickups to Sri Lanka. The deteriorating living conditions like the 12-hour power cut and absence of cooking gas and fuel, made the youth revolt and throw the President out of office. But the question is the incumbent President should not be insensitive to the voice of the people by declaring a State of Emergency. This is not going to help the country attract tourism revenue and buffer the currency crisis. Suppression will not work just like what we saw in Turkey.

It’s better to focus on an economic development agenda and cut corruption so that we can ensure that the IMF bailout becomes a reality. This includes clear reforms in cutting down expenditure by way of correcting the loss making State Own Enterprises (SOEs). This might include the shaving off of the 1.7 million public sector staff which will be a challenge unless the focus will be on the armed forces that account for half the public sector numbers.

The newly elected President of Sri Lanka is a well-read man given the lawyer upbringing. However, a point to note is that unless we move away from a dictatorship rule backed by a political economy that is currently being practiced, Sri Lanka will not be able to form a coalition government. It’s better to move to general elections so that a more representative government can be elected and governance will be easier. This will not happen as only a handful will get elected from the current 225. This is the bitter truth.

The President must accept that new ways of managing the bankrupt economy have to be done. Increasing government revenue is a must unless we want to continue printing money. Reforms will have to be done for the IMF bailout to happen and the bridging finance also to start kicking in. Corruption has to be weeded out as the IMF has mentioned this in the qualifying criteria. We have no option but to do it.

The economic recovery within 12-18 months is the estimate that the Central Bank Governor and top economists are speculating. But the core is that Sri Lanka must move away from a political economy. Will the current President with just one vote in his party do this task, is the million dollar question. He can be impeached instantly by the SLPP.

(The writer is a former Chairman of Sri Lanka Tourism, Sri Lanka Export Development Board and the National Economic Council. He currently heads an Indian AI company for brand mapping.)