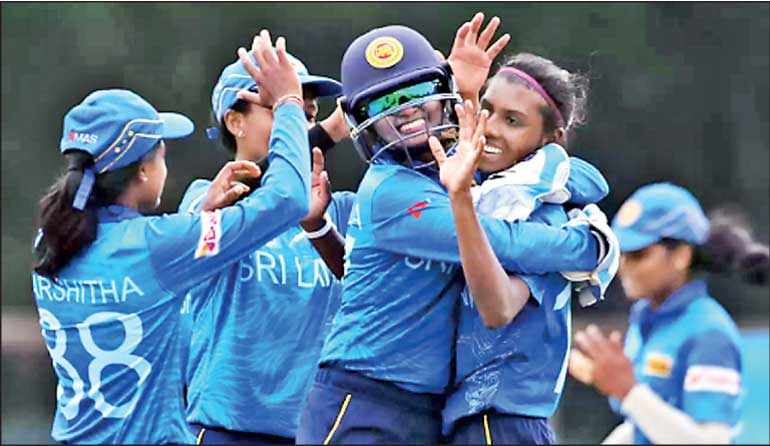 The ICC Board has awarded Sri Lanka the hosting of the ICC Women’s T20 Champions Trophy 2027 subject to Sri Lanka qualifying for the event.

This is the challenge the Sri Lanka Women cricketer’s face – to improve their rankings within the next five years, so that Sri Lanka Cricket (SLC) gets the opportunity to host the global event. Sri Lanka has not hosted an ICC world event since 2012.

To qualify as host Sri Lanka has to be ranked in the first six of the ICC Women’s T20I rankings by the time the tournament comes around, if not the tournament will be taken away from Sri Lanka and handed to another country.

Currently, Sri Lanka are ranked eighth, behind Australia, England, New Zealand, India, West Indies, South Africa and Pakistan and have enough time on their hands to make the rise to the top six.

Expounding the steps SLC has taken to improve the standard of women’s cricket in the country, SLC CEO Ashley de Silva said: “We have introduced cricket to the schools.

“We have distributed to every outstation school, cricket equipment for them to start playing cricket. Earlier we began women’s cricket after the age of 19 and most girls’ schools didn’t play cricket. Now several schools have started playing it.”

“In addition, we have selected a squad and given them a separate ground at Tamil Union. We have made big investments for their accommodation, practice facilities, centre wicket facilities. We are in the process of meeting their requirements. We have also picked a development squad and have contracted 45 players where they get a monthly payment apart from their individual jobs. Some of them are now playing cricket full time. We are preparing an under 19 team picked from the schools to play in the inaugural under 19 T20 world cup in South Africa next year.”

De Silva also remarked that Sri Lanka beat India recently in a T20I played in Dambulla and that there were about 2-3 players going out and playing in franchises around the world as well as having a world class player in Chamari Athapaththu, the 50-over and T20I national captain.