The 19-year-old boy who had 8As in his West Africa Secondary School Certificate Examination (WASSCE) at Adeiso and was given a scholarship by President Akufo-Addo to study abroad has made the country proud once again.

Thomas Amoani who had to walk 12kilometers a day to school during his SHS days is making waves in Brunel University in London having performed exceptionally well.

Last year, he set record at the University after obtaining 100 percent in his mid-semester e 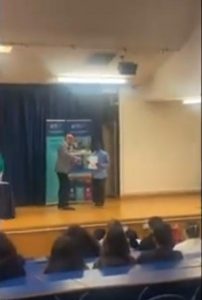 xams to become the best student in his class.

He has set another record this year as he was awarded the overall economics student in Brunel University in his course.

Thomas is the only student in the entire Brunel University to have a perfect score of 100% in the course Foundation Mathematics for Economics and Finance.