President Nana Addo Dankwa Akufo-Addo led government has completed 70 kilometres (KM) out of the total 117.94 km of the Bolgatanga-Bawku road.

Currently, 70km of the completed road has been opened to traffic. 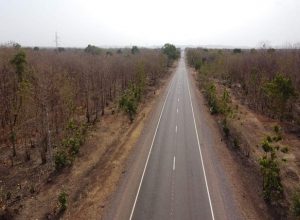