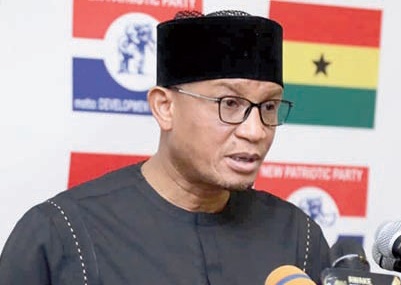 Dr. Abdul Hamid will be replacing Hassan Tampuli who is now Member of Parliament for Gushegu.

Until his appointment, Dr. Abdul Hamid was the minister of Zongo and Inner cities Development after serving as Information Minister from 2017.

Dr. Hamid joins the likes of Francis Asenso Boakye and Abu Jinapor who have also been appointed.

All three of them served President Akufo-Addo since his opposition days and were appointed into various positions in 2017.

In Akufo-Addo’s second term, he is believed to be strategically placing them in key state institutions to reward them, but importantly because he believes in their capacity to deliver.