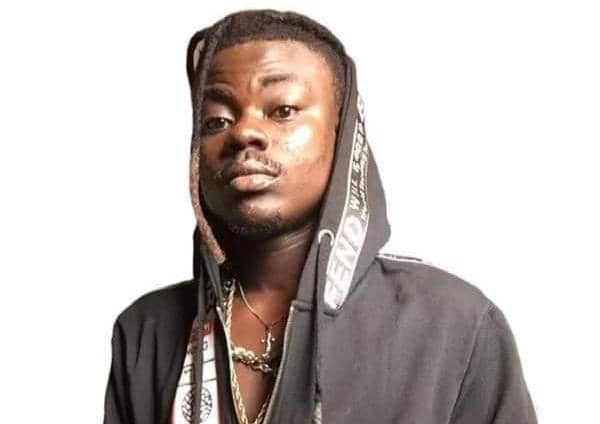 After two weeks of its release, the song has received massive airplay on all the local radio station across the country and also enjoyed a great number of downloads and sharing on social media.

Reports available to BEATWAVES indicate that, a number of radio presenters and DJs have endorsed the song by the artiste, who is also known as Stone Gee, as educative song and are playing it on their various networks to entertain radio listeners.

Produced and mastered by Richard Essien (Magic Rocker), Mr. Sarge, and King Jay, Bad Friends has inspiring and soul lifting lyrics which gives music lovers a million reasons to keep moving on in life and not give up no matter the situation.

The song seeks to educate people about the activities of bad friends. The song undeniably shows the immense talent of two of Ghana’s finest musical icons.

Pink FM’s mid-morning show host, Prince Appiah-Kubi, popularly known as DJ Afeefe De Mayor, after listening and playing the song on his network said, “I like this song. It is very educative. I entreat my fellow DJs to listen to this song, this is what we want to listen to. Ghanaian artistes should produce songs like this.”

He said he was happy that the song which was released two weeks ago has caught the attention of a large number of music lovers who are currently enjoying it.

Other DJs who have equally endorsed Bad Friends include Roman Fadda of Atinka FM, DJ Last Bee of Golden Star FM, Laposta of Max FM, Kwame Kay of Nyce FM, DJ Shaggy of Guide Radio and a host of others.

They were impressed with the beautifully crafted music piece Bad Friends and encouraged the fast-rising singer to keep working hard on good music for his fans.

The DJs believe that the song which has good sound quality and good backing vocals will surely rub shoulders with songs already on the music scene.

Stone Gee’s Bad Friends single, which according to his management team is a street gospel song, comes after the release of two hit singles titled Jealousy and Bottom Power, and serves as a prelude to his compilation album which is expected to be out next year.

The Gavali Music signee is looking forward to breaking into the Ghanaian music scene with his Bad Friends single followed by other hit singles by the close of the year.

With his unique rap style, the Jealousy hitmaker is expected to cause a lot of stir in the Ghanaian music scene in the coming years.