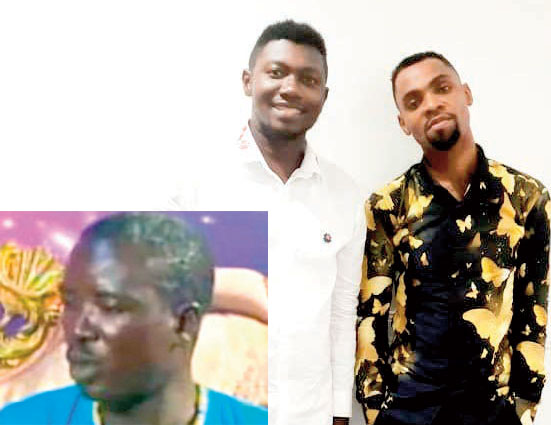 The man who was made to
smoke marijuana, aka Wee, live on television by Francis Antwi popularly called
Reverend Obofour, has claimed that he was hired to do it for cash and other
stuff.

The smoking of the banned
narcotic substance by Razak Lomotey, who claims to be 41 years old and also an
ex-convict, has landed Rev. Obofour, Founder and Leader of Anointed Chapel
International, in trouble after the police invited him for questioning.

According to Razak, the
whole ‘Wee Miracle’ was planned between himself, Rev. Obofour and another
pastor, Chris Asante, popularly called Abruku Abruka, Founder of Crown of Glory
Assembly.

Razak made the claim on a
television channel handled by a fetish priestess called Agradaa who is known to
be on ‘warpath’ with Rev. Obofour in particular.

The supposed ex-convict
claimed on television that before he was called out at Abruku’s church, the
three of them had met to plan how to ‘execute’ the ‘Wee Miracle’ agenda.

“Abruku was the one who
gave me the Wee and said Rev. Obofour would point me out from the crowd. He
asked me to sit on one side so that he would call me out. He told me whatever
Rev. Obofour would instruct me to do I should follow it,” he said.

“I raised my hand when Rev.
Obofour asked the congregation if someone has Wee in his pocket,” he claimed,
adding “I went forward and he started making those false prophecies.”

“Before I agreed to help
them to do their trick, Abruku and Rev. Obofour promised that they would look
after me. They said they would do some shopping for me and give me money as
well. They gave me a lot of promises but they have not fulfilled a single one,”
he claimed.

“He left me in the hands
of Abruku to look after me and said he would leave something for me on Tuesday
but I didn’t get anything.They promised that if I am able to bring the Wee to
the church service they would do shopping for me and give me some cash,” he
added.

Continuing, Razak said, “There
were policemen around but because of Rev. Obofour’s assurances I did not fear
any arrest. They had hired me to do the trick for them so I knew they would
protect me from any arrest. When I was called before the congregation, I did
not know they would ask me to smoke the Wee.”

He even claimed he had not
smoked Wee in his life but was able to do it before the cameras
like a chain-smoker would do.

The arrest followed a
directive from the Inspector General of Police, James Oppong-Boanuh, after a
video, which has gone viral, captured the ‘Man of God’ directing the church
member to smoke the narcotic substance openly in church.

Rev. Obofour was quoted by
the police as saying in his caution statement that “while in the spiritual
realm, the Holy Spirit directed him to deliver a congregant who was in the
habit of smoking Wee.”

He stated that he only got to know that he had delivered somebody after the church service and as such it was a spiritual direction.