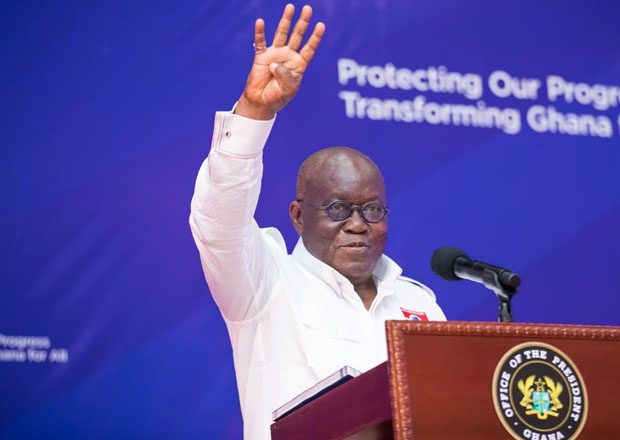 PRESIDENT Nana Addo Dankwa Akufo-Addo is scheduled to touch base with his home region, the Eastern Region from Sunday, 22nd November to Monday,23rd November 2020.
This will be the last tour of the President to the Region ahead of 2020 general elections.
The President was initially scheduled to embark on a three-day tour in the region last week, but due to the sudden death of former President Jerry John Rawlings, the event was postponed to this.
The President will on Sunday begin the tour at Nkawkaw and continue to Anyinam, Kwabeng, Osino, Begoro, and round up at Akyem – Tafo, where he will be addressing a separate durbar in his honor and also introduce the parliamentary candidates to the chiefs and the residents of the region.
President Akufo–Addo will on Monday, continue from Aburi, pass through Atimpoku, Odumase – Krobo, Somanya, and round off his last tour addressing the residents at Koforidua.
So far, the preparations towards his visit to his home region are set as the Regional Executive led by Kiston Akomeng Kissi is ready to give him a rousing welcome.
The President in a recent visit to the region, in an encounter with the chiefs, stated that he had been truthful to Ghanaians and had delivered over 80 percent of the promises made in 2016, therefore, needed another endorsement to do more.

President Akufo-Addo disclosed that there are 1,481 ongoing projects in the Eastern Region with 768 completed and 713 ongoing.

With the 713 ongoing projects, the President disclosed that 215 of them were under the education sector, 54 under the housing sector, 30 under the road sector, 294 under water and sanitation sector.
He said he had performed creditably well and was confident of another massive vote on December 7.

He also made an appeal for votes for all the 33 parliamentary candidates contesting on the NPP ticket in the region to ensure the NPP had the majority in parliament to support policies and programs that his second term would bring on board.