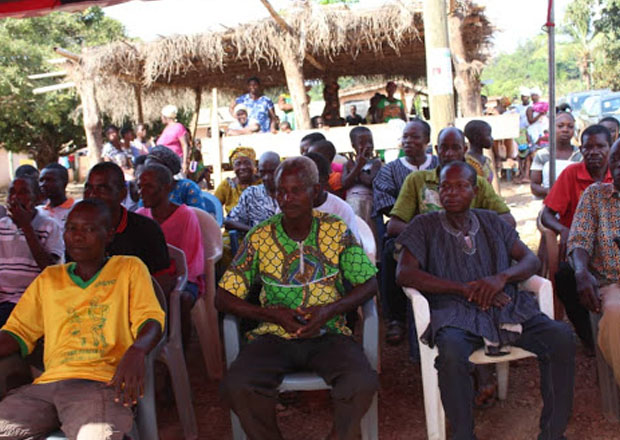 Chiefs and people of Santrokofi and Akpafu in the proposed Guan District of the newly Created Oti region have made a strong case for the district capital to be cited in either of their traditional areas.

According to them, out of the four traditional areas (Santrokofi, Akpafu, Lolobi and Lipke) that make up the SALL enclave the two are the ones who championed the creation of the Oti region the most.

Meanwhile, the group noted that despite the numerical strength of the people of Likpe their fight for the creation of the Oti region was on a low as compared to that of Satrokofi and Akpafu.

According to them, their two traditional areas are best situated in terms of geographical location, well secured and resourced as compared to the other two, Likpe and Lolobi.

They made these observations during a press conference at Santrokofi this week. It was addressed by Philip Kweku Danso, the Convenor of the Concerned Citizens of Santrokofi and Akpafu.

About two weeks ago, news broke that Guan District made up of Santrofi, Akpafu, Likpe and Lolobi (SALL) in the Oti Region has been created following the maturity (meeting 21 days mandatory parliamentary sitting) of a Legislative Instrument (LI) laid in Parliament by the Ministry of Local Government and Rural Development. Likpe-Mate is believed to be sited in the LI as the district capital.

According to them, the decision to cite the capital at Likpe-Mate was not the true stance of the Joint Consultative Committee (JCC) that was established to select the capital of the new district.

The Convenor, Philip Danso explained that there was no consensus after all 20 members of the JCC voted on the district capital. However, some members of the committee who are from Likpe allegedly manipulated the final report to favour Likpe and submitted same.

They have therefore requested for immediate disclosure of the original report of the JCC to the public for a fair assessment of which area is best fit for the district capital.

He also noted that although Likpe has a higher population in the SALL enclave, its proximity to the republic of Togo, made it a security risk. Hence it will be better to cite the district capital at Akpafu or Santokofi which are not close to the boundary and easily accessible due to their proximity to the Eastern Corridor road.

Santrokofi has a tourist site and is blessed with granite and sand deposits while Akpafu has abundant iron ore deposits, hence better placed for district capital.