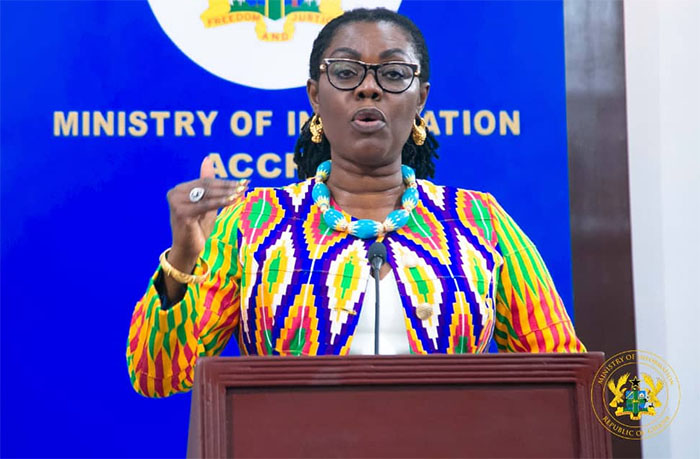 As soon as I heard that the Minister of Communications had directed the National Communications Authority (NCA) to stop the practice whereby the TELCOS  “expire” the credit of their customers, if  the duration for which the credits were bought had lapsed, I realised that  the Minister had a fight on her hands.

For this was easy pickings the TELCOS were making out of a relatively
passive populace.  Passive populace? Yes: where is our WHICH
organization? Where is our Federal Communications Authority that is prepared to
use the hammer against TELCOS that prove by their deeds that

they are among the most unscrupulous business organisations in the
world today?

Almost everything the people of the world do depend on efficient
communications. Voiced conversations, the transmission of crucial data,
everything, depend on fast, efficient work by the TELCOS.

Now, there is enough business in the communications area to profit
everyone in it, even if fair competition occurs in it. But don’t want that –
especially in countries with “weak” institutions, which have been brainwashed
to believe that they can only escape the poverty trap if they allow their
wealth to be filched abroad at a fraction of its real value. Countries that
would much rather be satisfied with alleged “favours” than insist on fair
practices for their citizen.

Where, in the “developing” world, can the citizen go to bed happy
that his government is protecting his back against companies bent on excessive
profiteering?

Woaa look! – how can it
be fair for a TELCO to decree that  if you buy a “bundle” of credit
or usage  from a TELCO, you should specify whether it is for 24
hours, 7 days, 30 days or Two Million Years? Can any of us predict the future?

How can one foresee that although one’s expectation is that one
would be able to use one’s credit purchase for a period of one month,
one could  be carted off to hospital only  2
days after purchasing the 30-day credit? Why should one come back from hospital
after 31 days have elapsed, only to find that one cannot make a telephone call,
or send an SMS, and most important of all, go on the Internet to find out
what’s been going on whilst one has been in hospital?

This heartless killing of credit by the TELCOS not only
causes severe personal distress to customers every day, but should be UNLAWFUL
in all but name.

You are not allowed to use a service that you have paid for.
Is that natural justice? What caused the arbitrary “expiration”? Was the unused
credit interfering with the work of the TELCOS? If so, how? What, in
fact, IS the basis of the “expiration”?

It is because such ruthless exploitation is possible that,
when TELCOS apply for licenses from governments to “print” money for themselves,
governments insist on REGULATING the TELCOS. But so smart are the TELCOS
that they outwit governments every time.

In Ghana, for instance, they have come together to form a
“Chamber of Communications”. Ostensibly, their objective is to exchange ideas
on how to serve the public better!

But that’s phooey! Their actual objective is to form a MONOPOLY
and disguise it as an “association of friendly competitors”!  In
effect, the Chamber is a cartel, and we in Ghana know only too well what
cartels do.

In case you are among those who do not know our history, let me
inform you that it was a cartel, the “Association of West African Merchants”
(AWAM) whose unfair practices led to the agitation for independence amongst our
populace.

Their cheating caused the strikes in 1948 that took our demand for
self-government from the pages of newspapers into the looting of foreign-owned
shops.

What the AWAM group was doing was to exchange information on the
cost of cloth, cement, drinks and other imports and harmonise them in all their
shops.

If you wanted to buy a piece of cloth and you went to
a  UAC outlet  to buy it, it would cost the same as what
you would find at UTC, Busi and Stevenson, or any other foreign trader.

At the same time, if you sold a bag of cocoa, a bag of kola-nuts,
or a log of timber to a company that belonged to the AWAM group, each company
would pay you precisely the same price as any other company!

This was such a blatant abuse of the principles of free trade
that when Nii Kobina Boney (Osu Alata Mantse) called for a boycott of
goods traded by AWAM merchants, it caught on like wild fire. The boycott led to
massive looting. And the British brought in troops to quell the “riots”. And
one thing led to another to ignite our independence movement. It took only nine
years after the looting for us to gain our independence.

But today, it appears we are back to Square One. The stranglehold
which the TELCOS hold over our lives is as strong as that practiced by AWAM 70
years ago!

Well, the Minister of Communications has gleaned what’s happening
and wants to rescue her fellow-citizens from it.

Unfortunately, she has widened the net of unfairness too much, the
deduction of a tax that was already in existence should be a different matter.

The TELCOS know that the initial imposition of that
tax did not arouse much opposition. So, in their reaction to the
Minister’s recent directive to the NCA, they focused entirely on that tax, and
ignored what she said about the “expiry” of credit!

The Minister would, therefore, be well-advised to ignore the
alleged “olive branch” proffered by the TELCOS, as regards the tax. For strong
pressure will be put on her to abandon her attempt to protect her
fellow-citizens from the unused credit expiry practice.

They are cleverly gaming her by “giving way” to
demands that are really in the domain of the Ghana Revenue Authority. And
whilst she is congratulating herself on having “won” that particular battle,
they will cleverly have gotten her to forget the excellent case she has made
that directs the NCA, to quash the “expiry” of unused credit!

We shall watch closely to see whether Ursula will be naïve
enough to allow herself to be so easily gamed by them!