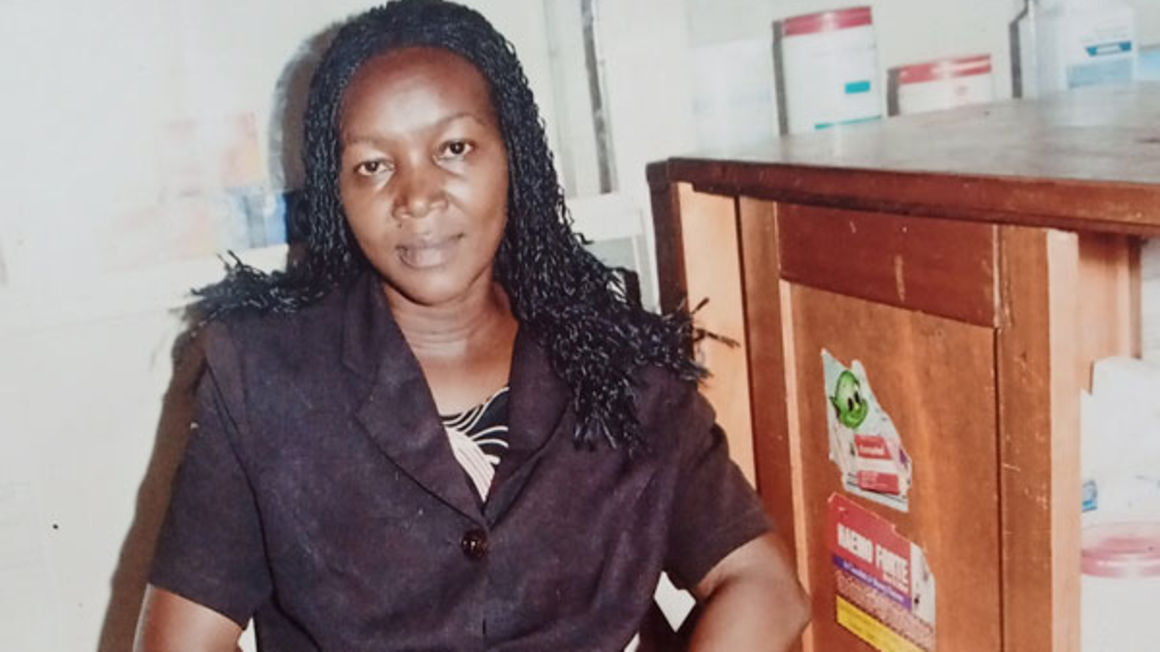 New details have emerged regarding the brutal killing of a 43-year-old woman by her 53-year-old jilted husband on Monday in Lira City.

The family of Denis Alal’s, the offender, has now been ordered to pay eight cows as compensation to the wife’s household.

This will be done after two months when the tempers have cooled down, Saturday Monitor has learnt.

The resolution was reached during a Tuesday reconciliation meeting between the Arak Ongoda clan leaders where Christine Akello was a member and Okii Bura clan, the husband’s clan.

According to tradition, eight cows would be enough for such compensation.

He said the family resolved that the couple be buried at their respective ancestral homes.

This means Akello would be buried at Telela Cell, Omito Ward in Lira City West Division, and Alal at Apii Parish, Ayer Sub-county in Kole District.

“We cannot accept the body of our daughter to be buried next to the person who gruesomely killed her. So, we shall bury her body at home on Friday,” Mr Omara said.

Residents of Lira City were left in shock when Alal trailed the mother of his five children – who was travelling on a motorcycle – and severed her head from the body in broad daylight on Monday.

Her killer was also lynched by some members of the community. .

Investigation by this newspaper now suggests that the domestic violence was fuelled by the suspicion of infidelity coupled with property wrangle and loss of trust.

No sooner had the couple given birth to their first born than domestic misunderstandings cropped up. That was some 23 years ago.

Mr Omara said: “Alal was a drunkard who had all along been beating our daughter whenever he returned home.”

Saturday Monitor, however, could not independently verify his claims.

In September, the relationship turned sour leading to their separation.

“Things became worse in September last year when he started threatening her that he was going to kill her,” Mr Omara recalled.

Around that time, Mr Omara said clan leaders decided to separate the couple with the hope that the man would reform and maybe they would be reunited again.

Mr Omara was among the family members that witnessed the separation.

“But instead he (Alal) became more violent and started sending text messages to his wife’s relatives that he was going to kill her,” he said.

Following the continuous threats to Akello’s life, the family then decided to send her to live with her uncle, in Banda, Kampala.

However, it was reported that the husband did not give up. He allegedly followed her but since the residence was fenced, he failed to access the woman.

The family adds that a security guard at the home was instructed never to allow him into the compound.

“When he failed to access the home, he again started sending threatening messages to our phones that he was going to kill our daughter if we did not give her back to him,” he added.

At this point, Mr Patrick Arach, the Gombolola Internal Security Officer (GISO) of Aromo Sub-county in Lira District, went to Kampala and brought his sister back to Lira.

However, the trouble did not come to an end.

In August, Alal again, allegedly using “hired assassins” followed the victim to their home at Telela Cell, Omito Ward in Lira City West Division in an attempt to kill her but family members made an alarm which attracted neighbours and the attackers ran away.

The matter was then reported to Lira Central Police Station under case file number CRB 804/2021.

Mr Omara claimed their in-law was arrested but a crime intelligence officer who was handling the matter released the suspect on police bond.

The North Kyoga regional police spokesperson, Mr Jimmy Patrick Okema, confirmed the suspect was at some point released on bond.

“They have been having domestic challenges. At least that is what is on record,” he said.

The family kept on following the case, and on September 9, Alal was produced in Lira Magistrate’s Court where he was charged with threatening violence and remanded to Lira prison.

One of the deceased couple’s son, confirmed that his father was released on Friday last week.

However, he revealed to this newspaper that suspicion of infidelity and property wrangle triggered the brutal murder.

“Our mother did not respect our father. In October, they separated and our mother filed a case of threatening violence against our father. The suspect was arrested and later remanded to prison,” he said on Tuesday.

He added: “On Friday, I went to prison together with my mother and my father indicated that he had already forgiven her and that was the reason he was released from prison. Yesterday (Monday), I received a shocking report that he had killed our mother and that a mob also killed him.”

He said following the separation, Alal started demanding that their mother hand over all his assets and property,

The orphan said their father did not reveal to them what kind of assets and property were under Akello’s custody.

Lillian Ejang, a student, told Saturday Monitor that her parents were family friends with the deceased couple. They had lived in the same neighbourhood, in Ntinda, a Kampala suburb, for so long.

Later, the two family friends moved from rented apartments in Ntinda to their new homes in Kawanda.

“Christine was a nurse and she had a clinic. Her husband was a driver – who worked with several big companies including the National Drug Authority. I knew them ever since my childhood but I did not know that they were having domestic misunderstandings,” Ms Ejang said.

Police are finding it hard to investigate the motive behind the killing.

“Now what do we investigate when all of them are dead? Whom will you inquire from? Is it from the dead body?” the North Kyoga regional police spokesperson, said in a phone interview with Saturday Monitor on Wednesday.

He noted that members of the public undermine threatening violence cases.

“Even if I just tell you, ‘you are going to see’. That is already a threat. And people don’t look into that. People want to see until I hold a panga (machete) or a spear then they say this person is threatening,” he said.

“So, it is very unfortunate that our sister Akello, fell a victim of that brutal murder. In the same way, it is also unfortunate that Alal also fell victim to the community being angry with his action.”

Local leaders and members of the public have been encouraged to report to cooperate with the police whenever crime is committed for quick action and management.

“If we had known that Alal had committed an offence, we would have allowed him to be apprehended and taken to court. In fact, he would even go in for life imprisonment. He goes and stays there, maybe he digs for the government,” Mr Okema said.

The police spokesperson, however, acknowledged the public has lost trust in the police institution.

“The perception has really been that a moment somebody is arrested and taken to police, you find the suspect is also back at home. So, people have lost hope and trust in our system as well as the Judiciary,” he explained.

Mr Okema added: “So, we need our community to be really sensitised, they should support police in terms of statement recording, evidence provision that makes the case stand very strongly in court and justice can be seen.”

Surprisingly, by press time, no suspect had yet been arrested for killing Alal.

“We have not got any clue yet but a follow up is still being made,” the police spokesperson added.

Police said whenever there is a domestic misunderstanding; cultural leaders do little to settle the matter amicably. They are actually being compromised yet they are the ones who should hit the nail on the top but they just massage [the matter], Mr Okema said.

He added: “If a man says the woman is bad they also side with the man and say you leave that woman, you do this. To me, we should get what is it that is making them misbehave? This is because in a relationship not only one person can be a problem. At least at one point or the other both of them must have contributed. So, we need to go deeper and understand relationships in the houses properly.”

In Lango, police found that there is a problem with choosing spouses.

“You find I am 40 years old and marrying a 21-year-old girl. Our ways do not match. These young girls have not seen things I have seen,” Mr Okema noted.