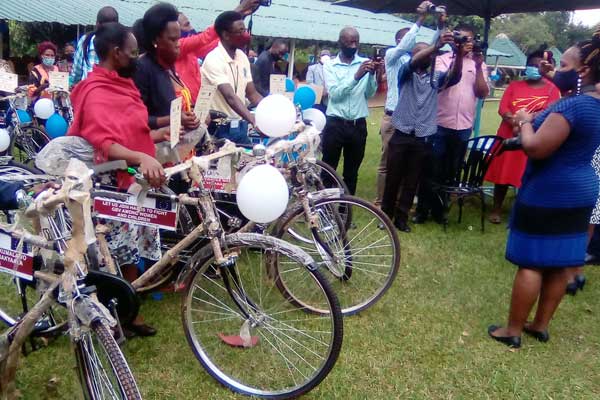 Residents in the greater Mukono have pinned the local council leaders for failing to fight gender-based violence in the area.

Mr Henry Wejega, a resident of Njeru and also a representative of the elderly persons at Buikwe District, said local leaders have not done enough in fighting gender-based violence in the greater Mukono.

“Some LC1 chairpersons don’t forward these cases to the police, they instead, play a role of mediation between the victims and the suspects which makes it hard for suspects to stop the vice,” he said during the launch of the European Union GBV Campaign organized by Legal Aid Service Providers Network (LASPNET) where over 100 formal justice actors were trained.

According to statistics by LASPNET, girls in the greater Mukono are the most affected at the rate of 46 per cent, women at 31 per cent, men at 12, while boys at 11 per cent.

Ms Annet Nansubuga, a resident of Nasuti in Mukono District said the LC leaders have played part in increasing the gender-based violence cases in the area by handling cases that are supposed to be forwarded to police.

However, Mr Morita Lwanga, the LC1 chairperson of Mulago Ward in Mukono Municipality said they only handle small matters of family misunderstandings and leave cases of defilement, rape, severe beatings of women, and negligence to police.

The Nakisunga Sub County chairperson, Mr Mubarak Ssekikubo, said one of the reasons why some cases are not forward to the police is that these village leaders can very well mediate between the suspect and victim, noting that some women fear reporting their husbands to police.

“Sometimes chairpersons escort victims to police stations but they refuse to open up cases against the suspects since they live with them in the same area and beg LCs to settle their matters,” he said.

“This team of formal justice actors will help fight gender-based violence in this area through sensitization and other means. We hope to see GBV cases drop in the near future,” she said.