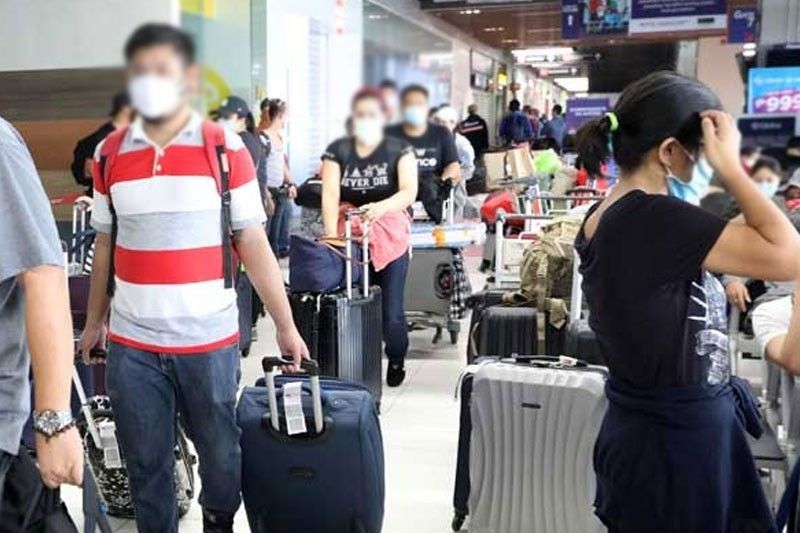 MANILA, Philippines — The coronavirus pandemic has pushed nearly 320,000 overseas Filipino workers to return to the country, data from the labor department showed.

Government made its first repatriation efforts related to COVID-19 in February, when it brought back to the Philippines the OFWs from Wuhan City in China, where the virus first emerged late last year.

The numbers have grown since then, with some 38,516 returning to the country in November alone, according to the Overseas Workers Welfare Administration, and bringing the total to 319,333.

OWWA has reported that the repatriated OFWs were transported to their provinces after being tested and cleared for the coronavirus.

A labor official in early September had put an estimate of as many as 700,000 Filipino workers abroad that could lose their jobs, as many countries enter a recession as a result of the ongoing health crisis.

Assistant Secretary Dominique Rubia-Tutay said overseas employment prospects in the tourism, retail and personal services industry will likely continue to shrink as the pandemic goes on.

Globally, there are now 58.1 million persons infected with the COVID-19, months since the World Health Organization declared it a pandemic, with 1.38 million deaths as well.

The country by Sunday, reported a total of 418,818 infections along with 8,123 deaths, the second highest in Southeast Asia.

The Philippines has had a long reputation of being an exporter of human resources, with the country’s statistics office estimating at least 2.2 million workers abroad in 2019.

Remittances last year had hit a record high $33.5 billion or P1.6 trillion, but some had projected that the country could see a decline this 2020 as a result of the pandemic.

RELATED: OFW remittances may drop by $5 billion this year

While such is the case, OFWs are often exposed to the risk of leaving the country for better wages, including maltreatment and abuse from foreign employers.

Early this month, the group Migrante International urged government to allocate for funding for assistance to the displaced OFWs in next year’s spending plan.

Migrante said only P8.6 billion from the foreign affairs department and OWWA were put under the proposed budget for aid to the workers. — with reports from Czeriza Valencia/The STAR