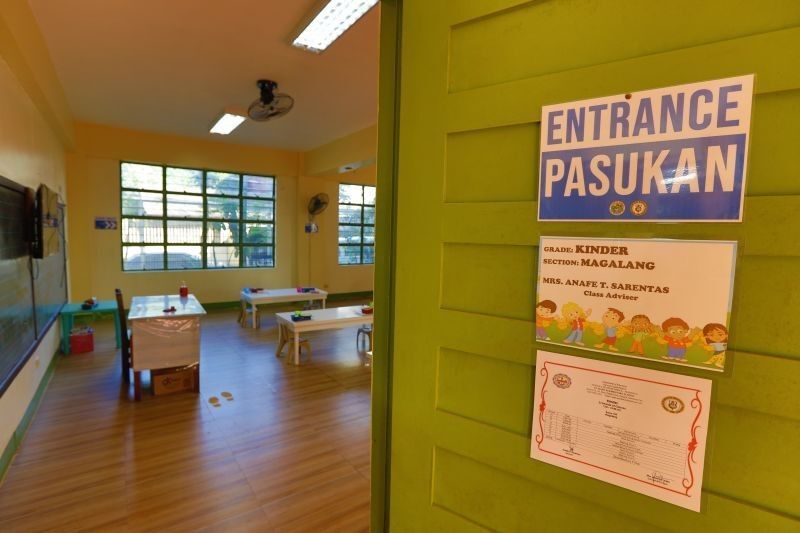 MANILA, Philippines — The Department of Education (DepEd) has proposed the “progressive expansion” of limited face-to-face classes in areas placed under Alert Levels 1 and 2, but added that they will seek input from other agencies as well as from students’ parents before allowing in-person classes in more schools.

Speaking at a pre-recorded meeting with President Rodrigo Duterte, Education Secretary Leonor Briones also recommended that the expansion of in-person classes start no earlier than the first week of February.

“On [the] implementation of limited face-to-face classes, we recommend the progressive expansion of schools in areas under Alert Levels 1 and 2,” Briones said on Monday evening.

Briones assured the president that they will also seek the “concurrence of local government units and parents of the students” before announcing more in-person classes in eligible areas.

She also suggested that the education and health departments be given the authority to decide on the scale and mechanics of the expansion of in-person classes, upon consultation with the interior and justice departments.

The DepEd chief added that more face-to-face classes may take place starting the first week of February, noting that some regions including the National Capital Region and Region 4-A will be under Alert Level 3 until the end of the month.

Citing surveys conducted by the department, Briones said the pilot run of face-to-face classes was “highly successful”, noting that there was “no recorded confirmed case of COVID-19 in all participating schools” during the implementation period.

She was referring to the pilot run which took place from November 15 to December 22 last year. Some 287 schools participated in the program.

Learners were observed to have a high level of attendance of 83%, while pilot schools were reported to have been able to adequately prepare for the limited face-to-face classes, Briones said.

“There is a high level of confidence to expand and continue limited face-to-face classes,” she added.

Her statements come days after the DepEd released a memorandum which allowed its regional offices and school division offices to suspend classes in this month, following the rise in COVID-19 cases.