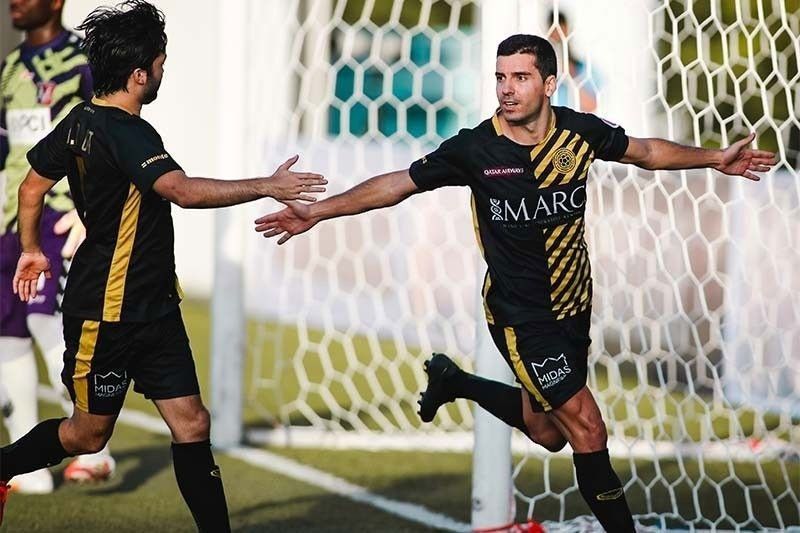 The Spanish-born striker, who was granted Filipino citizenship last July, received his first call-up from the Azkals ahead of the pandemic-delayed competition firing off Dec. 5 at the National Stadium of Singapore.

“I will travel in a few days to Singapore to join the team (Azkals) and train hard to face the Suzuki Cup with enthusiasm,” Marañon said yesterday.

The 35-year-old United City FC star’s looming debut in Southeast Asia’s football showpiece brings his long-time dream of wearing the Philippine colors to reality. Marañon was originally eyed for the FIFA World Cup Qualifiers in Dubai last June but his naturalization couldn’t be completed in time for the tourney.

The top goal-scorer in the AFC Cup in 2019 and 2020, Marañon shores up the offense of the Azkals in their battle with powerhouse Thailand, host Singapore, dangerous Myanmar and qualifier Timor-Leste in Group A play.

The Pinoy booters are eyeing a breakthrough after making it to the semifinals three times in the last four Suzuki Cup meets.