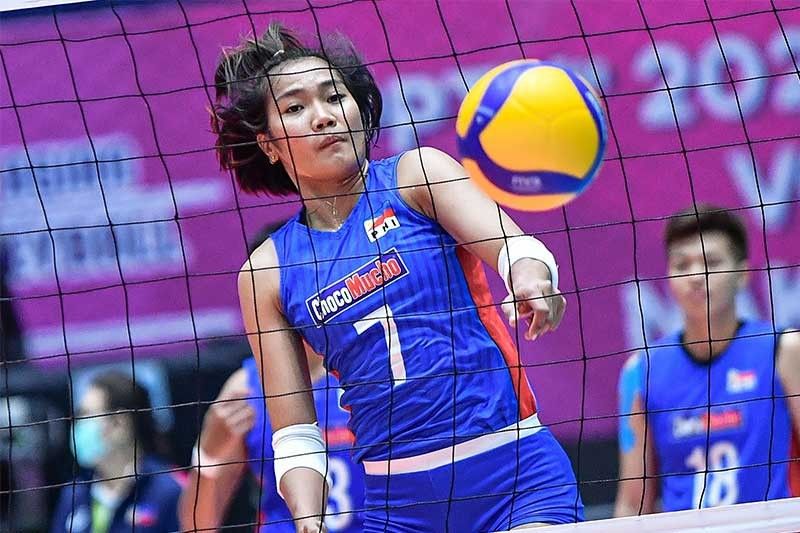 She follows the path taken by some of the country’s biggest volleyball stars like Jaja Santigo, Dindin Santiago-Manabat, Alyssa Valdez, Bryan Bagunas and Marck Espejo.

But while she’s already at toe with her fellow volleyball stalwarts, Paat does not feel the need to put herself at the level of the more household names in the sport.

The 27-year-old is coming off a busy couple of months where she helped the Chery Tiggo Crossovers win the PVL crown with Santiago and Santiago-Manabat.

She also represented flag and country under the banner of Rebisco in the Asian Women’s Club Volleybal Championship.

Most recently, Paat and the Crossovers finished as runners-up in the PNVF Champions League.

Though careful not to count herself among the greats, the weight of her achievement to get to play overseas was not amiss for the Adamson alumna.

Paat is the third Fillipino to play in Thailand’s volleyball leagues after Valdez in 2016, and Espejo in 2019.