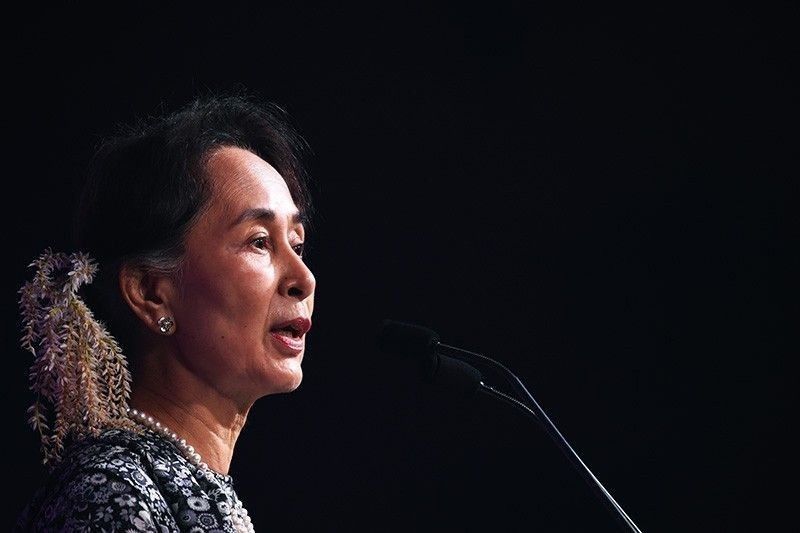 MANILA, Philippines — The Philippines has voted in favor of a United Nations General Assembly (UNGA) resolution seeking the end of the military coup in Myanmar and calling for the release of political prisoners, including its de facto civilian leader Aung San Suu Kyi.

The resolution, which also called for the prevention of the flow of arms into Myanmar, was supported by 119 countries, including Myanmar’s own ambassador who was appointed by the civilian government overthrown during a coup in February.

Association of Southeast Asian Nations (ASEAN) members Indonesia, Malaysia, Singapore and Vietnam also voted in favor. However, Brunei, Cambodia, Laos and Thailand joined the 36 countries that abstained from the vote, along with China, Russia, Bangladesh, India, Iran and Pakistan, among others.

Only Belarus voted against the resolution.

“Political turmoil has given way to an increasingly militarized Myanmar. From the collapse of civilian rule, to arbitrary arrests and indiscriminate attacks against civilians by the military, Myanmar is not a safe place for the people whom we have pledged to serve,” UNGA president Volkan Bozkir said in a statement before the vote.

“As a result of the deteriorating political situation, humanitarian needs are growing… The safety of these internally displaced people is at present uncertain as humanitarian access remains restricted in all conflict-afflicted areas due to insecurity, banking disruptions, road blockages and pre-existing access challenges,” he added.

The UNGA resolution urged Myanmar to swiftly implement the five-point consensus reached by the ASEAN leaders last April to facilitate a peaceful solution to the situation.

It called upon the military government to engage with the ASEAN to realize an inclusive and peaceful dialogue among all stakeholders to restore democratic governance.

The General Assembly, which is composed of all UN member-states, also urged Myanmar’s armed forces to fully cooperate and facilitate a visit by Christine Schraner Burgener, the special envoy appointed by the UN secretary general on the situation in the Southeast Asian nation.

During a briefing after the assembly, Burgener said some 600 people have been killed in Myanmar in the past five months, with 5,000 of the 6,000 people arrested still in detention.

Around 100 people have “disappeared” without trace, she added, with the crisis displacing about 175,000 people.

“I asked the Security Council for timely support and action. That is really paramount,” she said. “We have an alarming situation on the ground for all civilian people because the health system collapsed completely and food security is also in danger.”

In February, the Philippines “dissociated” itself from a resolution adopted by the 47-member UN Human Rights Council on the situation in Myanmar.

According to the Department of Foreign Affairs, “dissociation” does not mean a vote against the resolution but that “the thinking is not exactly the same as those who joined the consensus.”

In its statement during the UN HRC session, the Philippines reiterated its support of Myanmar’s progress towards a fuller democracy and cited its earlier call for the complete restoration of the “status quo ante” or the previous state of affairs.

But it also stressed that the Philippines supports the sovereignty and territorial integrity of Myanmar.

“As a sovereign country in a world of sovereign states, the Philippines cannot stress strongly enough the primacy of national internal efforts towards democratic reforms, and never by the imposition of foreign solutions whether in regional or multilateral contexts, including through this council,” said the Philippines.

It recognized the unifying role of Suu Kyi in the history of the country even as it took cognizance of the Army’s role in preserving Myanmar’s territorial integrity and national security.

“The Lady is a deeply and widely admired icon of democracy among the Filipino people who identify with her and her people, given similar struggles against tyranny in the not distant past; struggles that culminated in the complete restoration of democracy by unprecedented and entirely domestic efforts that inspired similarly successful efforts in the rest of the Cold War world,” said the Philippines.

“Myanmar made important strides towards democratization in the past decade with the political presence of Daw Aung San Suu Kyi, constitutional constraints on her key political role notwithstanding… The Philippines will settle for nothing less than, and nothing else but, the complete restoration of the status quo in which Myanmar had made so much progress,” it added.

Foreign Affairs Secretary Teodoro Locsin Jr. earlier issued a similar statement, saying that “the realization of this democratic process can only be achieved through the complete restoration of the status quo ante.”

The UN HRC resolution was adopted without a vote following the special session held in Geneva, Switzerland.

It strongly deplored the removal of the democratically elected government and the suspension of mandates of members of all parliaments and called for the immediate and unconditional release of all persons arbitrarily detained, including Suu Kyi and President Win Myint.

The resolution also urged the Myanmar military and other security forces and authorities to exercise utmost restraint and to refrain from any use of violence against peaceful protesters, as well as to take steps to protect the rights to freedom of opinion and expression, religion and peaceful assembly.

The UN body also called for the immediate and permanent lifting of restrictions on the internet, telecommunication and social media in Myanmar.