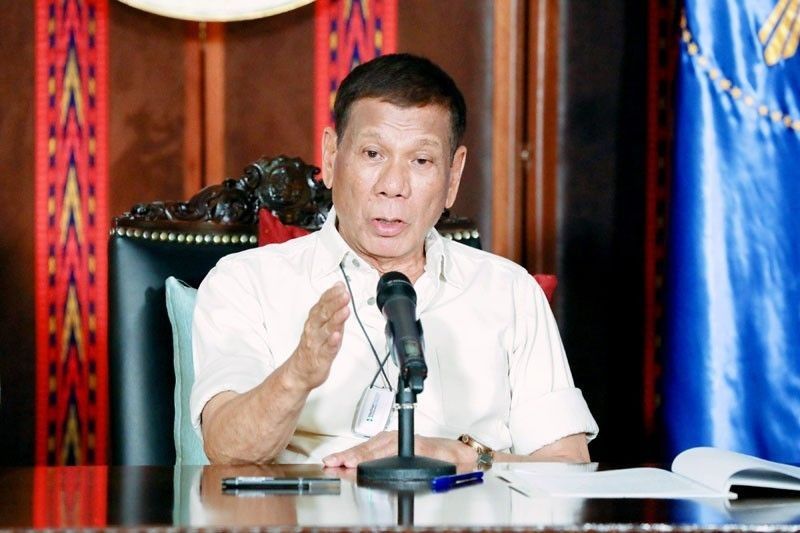 MANILA, Philippines — President Rodrigo Duterte on Thursday made a fresh sexist remark in saying that women are not fit to become president, the kind of comments which had been regular in his years in office that Palace has acknowledged could no longer change in him.

The president was at the opening of the Skyway Stage 3 when he addressed in his speech the possibility of his daughter, Davao City Mayor Sara Duterte, to run for the 2022 elections to succeed him.

“My daughter is not running,” the elder Duterte said. “I have told Inday not to run kasi naaawa ako sa daraanan niya na dinaanan ko. Hindi ito pambabae. The emotional setup of a woman and a man is totally different.”

A survey made public by end-2020 showed the Davao mayor leading to succeed the president, who steps down in June of the said election year.

Duterte has had a knack for making inappropriate remarks over the course of his presidency, going as far as cracking sex jokes which the human rights commission has said is a form of violence against women.

Women in power, however, are no longer new to the country much less to the world. The Philippines had its first in 1986 in Corazon Aquino and in 2001 in Gloria Macapagal Arroyo.

Across the globe, women at the helm have earned praise for their handling of the coronavirus situation in their countries, particularly New Zealand’s prime minister Jacinta Arden and German Chancellor Angela Merkel.

The two nations have significantly done well in managing the health crisis in their homes, in contrast to the Philippines, where at over 493,000 cases, is the second worst hit in Southeast Asia.

Such a culture of misogyny which has prevailed in the Philippines was also pointed as a factor in why women remain underrepresented in government, per a gender diversity study last year.

One journalism professor at the University of the Philippines had said that remarks by the president are no help in addressing this issue.

“I think it’s expected because the way he treats women and the way he would put across comments about them, mas mahirap na mag-demand ka,” said Ma. Diosa Labiste in a report by the STAR. “What would you expect from a president like that?”

Some of those who had been particularly targeted by Duterte’s remarks are Vice President Leni Robredo and detained Sen. Leila de Lima, who are both from the opposition.

Tensions between the country’s top leaders soured further in the last year, when the president claimed that Robredo was behind calls of his whereabouts when the string of typhoons were battering parts of the Philippines.

He has threatened Robredo too to “not compete” with him and vowed to make her life a “nighmare” if she joins the presidential race in more than a year from now.

Yet despite his repeated remarks which had been widely criticized, the Palace has sought to still defend Duterte, saying he is as he is and that at 75, he is no longer bound to change. The effects on women, however, including the further enabling of such culture, are seen to remain.