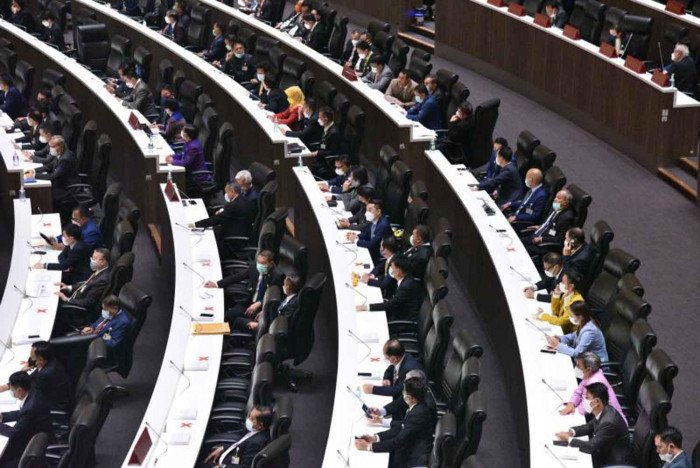 Fifty-nine opposition MPs voted with government coalition parties in approving the method of calculating list MPs, which is expected to favour small parties at the next general election.

There were 47 from the Move Forward Party, seven from the opposition-core Pheu Thai Party and five from Seri Ruam Thai.

They were among 392 parliamentarians who on Wednesday night voted for the calculation of list MPs by dividing all votes for list MP candidates by 500, which is the number of House seats to be decided at the next polls.

The method is expected to help small political parties get list MP seats in the House. Each party needs  70,000 votes to secure a seat.

Thirty-four Democrat MPs were among the suporters, while 11 other Democrats voted for divide all votes for list MP candidates by 100, which is the total number of list MPs after the next election. Democrat Party leader Jurin Laksanawisit and his deputy Sathit Pitutecha were among the 11 Democrats.

Thirteen MPs from Pheu Thai did not vote. They included its former leader, Sompong Amornwiwat.