A teenage girl denies luring her boyfriend to his death in a fight over a rival for her affections.

“Por”, 17, came under fire from netizens after a young man she claims she had known for just a week, joined by two friends, fatally attacked her boyfriend, Thiti “Oat” Paengpeng, 19, outside her Rangsit condo on Nov 15. 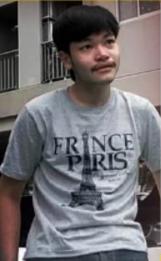 CCTV cameras captured the clash outside the condo in Rangsit-Nakhon Nayok Road in Thanyaburi, Pathum Thani, as three youngsters set upon Oat, punching, kicking and stabbing him behind a ground floor convenience store until the young man fell to the ground. The three fled on two motorbikes to a friend’s place in Samut Prakan.

A clip taken by a staff member shows Oat, propped up against a wall, bleeding and in agony as the life drained out of his body. Rescue workers later patched up his wounds before sending him to hospital, where he died two hours later.

The clash occurred after Por, who works at a nearby drinking hole, spent the night with her “friend”, Jakkrit “Ness” Rungruang, 24, who despite her claims had actually started a relationship with the young woman.

Por had pestered Ness to pick her up about 2am, according to a chat shared by a friend of Ness’s. They have dished the dirt on the young woman as she attempts to deny she was involved with Ness.

Por is trying to wriggle out of claims that she set up the clash between him and Oat. Later in the week she sent reporters an audio clip after a friend of Ness’s abused her. She also threatened to sue anyone else who “harassed” her over the incident.

According to friends, Ness and Por started seeing each other in mid-October. He had asked her to stop seeing Oat and start a family with him. Oat, a jealous type, whom she had known for three months, was also unhappy about Ness.

As reporters pieced together the events of that night, Oat’s granddad said Por had called Oat at 3am, asking him to meet her at her condo. His claim fed suspicions that Por, who had earlier argued with Oat over the “third hand” in their relationship, wanted to goad the young men into meeting.

After spending the night at Ness’s place, Por had him take her back to her condo at 10am ahead of a probation meeting for a prior drugs offence.

Oat, who had spent the night at her condo waiting for her to show up, met her downstairs and demanded she explain her lengthy absence. An hour before, he accused Por of sleeping with Ness.

Oat grabbed Por by the collar and demanded they return to her room. Perhaps fatally, he also shot a hostile look at Ness. “What are you looking at — do you want trouble? Hang on just a moment,” said Ness.

Oat and Por returned to her room, but a friend sleeping there, “Anne”, told them to take their argument elsewhere. The pair returned to the ground floor, by which time Ness had called two friends, Adisorn “Tode” Niamnuch, 20, and Norasak “Em” Chukuan, 20.

When Oat saw them downstairs he told Por to return to her room. After he left the scene for a few minutes, CCTV images show the trio chasing Oat back to the condo.

Oat takes shelter behind the store. Even as Oat apologises and agrees to yield, the three attack him mercilessly. Em, who admitted later he had never met Oat, pulled out a knife and stabbed him three times.

After news of his death spread, Ness handed himself in to police, followed by Tode and Em. Initial suspicion as the knifeman fell on Ness, until the CCTV footage revealed it was actually Em.

Asked by reporters about Por’s claim that he was merely a customer she had met at work, Ness said: “she knows in her heart what happened.” He agreed that Por played a key role in ensuring that he and Oat came together.

Friends who saw Por’s interview downplaying her ties with Ness revealed a Nov 9 chat in which she professed her love for Ness. He was sceptical, claiming she was two-timing him. When she insisted she had just one love, Ness asked: “Can you show me?”

Por agreed the young men were at odds, though claimed their dispute was unrelated to her. Por said she helped pull Ness away from Oat as he was attacking the young man. “If I had wanted to lure him to his death, I would not have helped,” she said.

The knifeman, Em, meanwhile, admitted he had never met Oat but stabbed him anyway. He apologised to his family. His mother, who said the pair sought shelter at her place before surrendering, said her son carried a knife because he has many enemies.

Police say the suspects agreed that Ness and Oat had argued because they were seeing the same woman. Por has faced no charges. They charged the trio with the killing.

Did he just look at us?

A throwaway remark cost a teenager his life after he came across two strangers outside a convenience store in Nonthaburi. 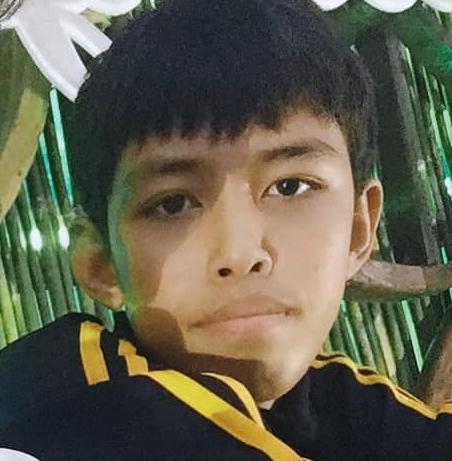 Two teens set upon Jiraphat “Bass” Deesung-ngern, 18, and his mates as they stood outside the store, close to Romsai market, in Tiwanon, Bang Phut, Pak Kret, on Nov 15. By 1pm the next day, he was dead from stab wounds, the only child in his family.

By Nov 18, police had nabbed the suspects, after they fled to a friend’s place in Lat Bua Luang, Ayutthaya. They were identified as Pon, 19, and Tung, 16. 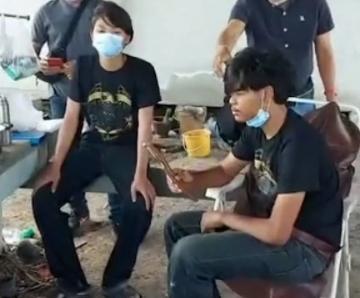 After word of the killing spread, a motorist handed police camera footage from his vehicle which caught the clash.

In the first one-minute clip, Bass and two mates are standing in the carpark. Two lads, who had come to buy cigarettes but didn’t know the other group, walk towards them.

The second clip shows the fighting break out after one passes a remark to the other. Pon and his mate start hitting Bass.

Pon pulls out a knife and stabs him, while Tung takes off his helmet and starts bashing Bass over the head. Bass falls over, and the lads flee on their bikes.

Pon said he and his mate saw Bass and his group when they came out of the store. They looked at each other — often all it takes these days for Thais to go on the attack — but nothing happened because his mate forbade it.

They took off on their bikes but then circled back, when Tung started arguing with Bass. Pon said when he thought his mate was getting into trouble, he picked up his knife and stabbed Bass in the back.

Bass, he said, had asked: “Do you want to die like Mr Taen?” The young man said he doesn’t know who Taen is, but the remark sparked their fight. “I didn’t intend to take anyone’s life. I didn’t know them,” Pon said.

Pak Kret police took the pair to say sorry to the victim’s bloody shoes in front of the station where they have a statue of the Buddha.

Pol Maj Gen Paisarn Wongwatcharamongkon, commander of Nonthaburi police, appealed to anyone else who had been harassed by the gang to come forward. Police charged the pair with jointly killing Bass and having a weapon in a public place.

A Nonthaburi man in his 60s who shot and killed a young woman in the prime of her life said he did it out of love. 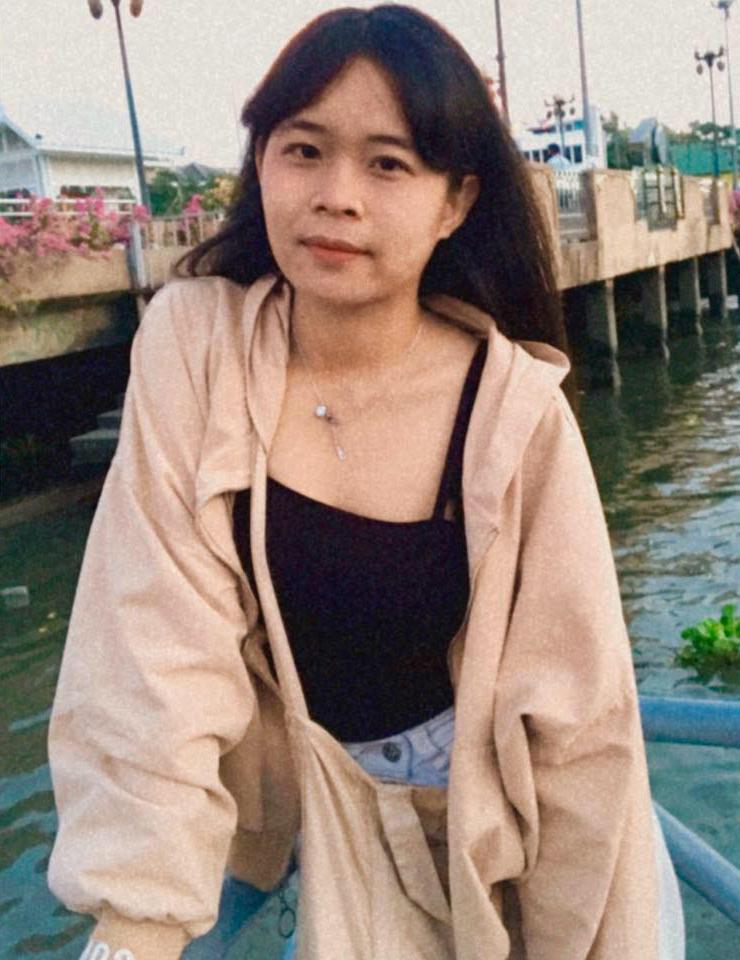 Tangkwa lived with her family but her distraught parents, speaking from her funeral, said they did not know she was seeing anyone. Her uni friends, likewise, were mystified.

Her family had great hopes in the young woman’s future, with her father saying she intended carrying on with a master’s degree. Mr Kittiphum brought all that to an end when, following an argument with Tangkwa, he pulled out a modified .388 from the boot of his Toyota Camry and shot her three times, taking her life.

They had dropped into the station so he could use the toilet. On the way, he had asked her if she was seeing someone else, a persistent complaint. Tangkwa denied it, as usual, but Mr Kittiphum, a jealous type who met her five months or so ago at a department store, was not satisfied.

After finishing in the toilet, he took out the gun, and tapped on her window, asking her to open the door. “I asked her once again, and she denied it. I said, Why did you have to do this to me, and shot her,” he said. Mr Kittiphum then got back in the car and waited for the police.

Mr Kittiphum, who sells baked durian, said Tangkwa had called asking for a computer notebook. They were to set out to buy it that day after having a meal. He said he regretted killing her, which he did on the spur of the moment.

CCTV footage at the station caught Tangkwa’s father delivering a kick to Mr Kittiphum’s back as he was in police custody, sending him flying. The two came upon each other as Tangwa’s father waited to pick up paperwork concerning the release of her body.

Police charged Mr Kittiphum with premeditated killing and having an unlicensed weapon.