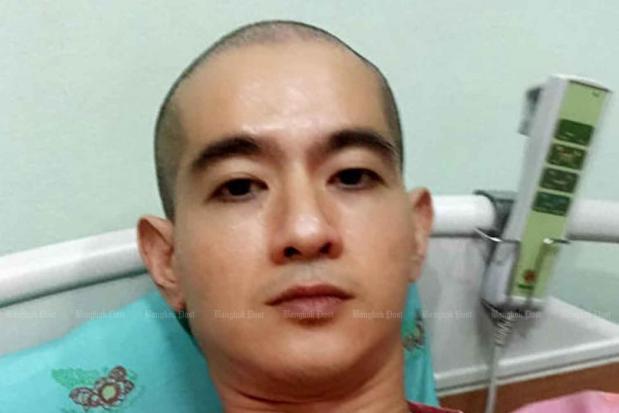 Police have been working hard in the investigation into a wealthy criminal suspect who has been given the nickname “Ice Metal Casket”.

Investigators suspect Apichai Ongwisit, 40, was involved in the murders of at least three women and believe he used metal caskets in which he tortured his victims to death before hiding their corpses in different locations at his property.

The interrogation of a former security guard at Apichai’s house led police to find more than 300 human bone fragments in the 20-rai compound in Bang Kae district of Bangkok.

Apichai was arrested last month after police found the body of Warinthorn “Kuk-kik” Chaiyachet, 22, from Sakon Nakhon, wrapped in a plastic bag and buried on the man’s property at the end of Soi Phetkasem 47.

As the investigation proceeded, police found many bones in the pond. Police said the evidence suggests there have been at least three victims, Warinthorn and two other females, one of whom is believed to have been between 15-18, and the other an adult.

He said police are looking into a large number of missing person complaints which may help them identify the other two dead women.

Apichai has already been accused of abusing drugs, illegally possessing a gun and concealing dead bodies.

Late last year, Chaloemchon Ngabua, 41, told police of his connection to Apichai in an attempt to secure leniency for a drug offence.

Chaloemchon said he and Apichai had spent time in prison back in 2012 and after they were released, Apichai employed him as a security guard at his house.

During his time there, he claimed Apichai had a heated argument with Warinthorn before hitting her with a stick and stuffing her inside a metal casket for two days, until she died of suffocation. Chaloemchon said the body was then placed in a large plastic bag and buried in the backyard.

On Jan 9, police raided Apichai’s house and arrested him, along with drugs and a gun. The officers found Warinthorn’s body buried in the garden and wrapped in a plastic bag.

Police said the woman’s body was identified by her family who recognised a fish tattoo on her back.

According to investigators, Warinthorn had worked as a “sideline woman” who entertained guests at bars. At one of the bars, she met Apichai with whom she entered into a drug-fuelled relationship. She had later lived together with him at his house.

Police then conducted a forensic search of Apichai’s house and grounds, finding more than 300 pieces of human bones, indicating that at least three women, including Warinthorn, might have been killed.

The suspect has denied killing Warinthorn and claims she died of a drug overdose.

Apichai is the son of Chaloemchai Ongwisit, who ran the now-defunct Ongwisit market. His father was also arrested in 1983 for killing an underage girl in anger after she broke his fish tank.

He concealed the corpse by cutting up her body and scattering the parts in many locations. Chaloemchai was shot dead after his release from prison.