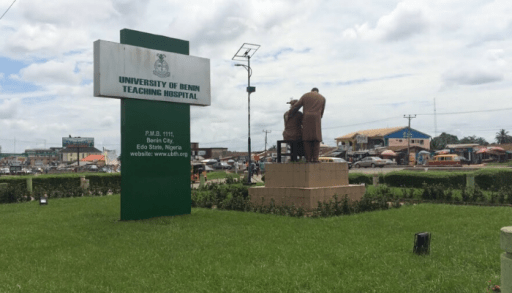 The COVID-19 pandemic is currently the biggest worldwide threat to public health. But in Nigeria, the shortage of Personal Protective Equipment (PPE) to support clinical rescue has especially hastened the deaths of patients suffering from other diseases. Lives of non-coronavirus patients suffering from acute respiratory distress, pneumonia, and malaria with symptoms suggestive of Sars-Cov2 infection are wasting from health workers’ fears induced by PPE shortage. Rather than quick, life-saving clinical intervention, unprotected specialists delay action until COVID-19 test results are available to ascertain the level of risk presented.

Worrying about muscles, nerves, bones and connective tissues was the reality of Joshua Samson’s professional life as an orthopaedist before COVID-19 pandemic became a global threat. But when, in late January, the horrid waves of the coronavirus hit the United Kingdom where the Nigerian-born doctor practised, his priorities shifted to soldering frontline intervention efforts at the COVID-19 assessment unit of his hospital.

Amid a heightened contagion rate that tipped many into clinical emergencies, Samson encountered a patient with a history of Chronic Obstructive Pulmonary Disease (COPD). The lung disease that chronically interferes with normal breathing qualified the patient as a high-risk suspect of the virus, but that did not stand in the way of prompt rescue action. Fully garbed in the PPE, Samson swabbed him as was done for every walk-in patient, took his samples, and began to administer COPD medications without waiting to see a COVID-19 test result first.

It was an emergency that saw a decreasing concentration of oxygen in the patient’s blood. The process, medically termed desaturation, is a sour recipe for the destruction of tiny air sacs of the lungs and could lead to a fatal outcome. Finding the condition disquieting, Samson rang a respiratory consultant who advised the patient be switched to a continuous positive airway pressure machine to aid breathing, in spite of the procedure being an aerosol generating one, capable of dispersing the virus if he happened to be positive.

In its interim guidelines for clinical management of COVID-19, the Nigeria Centre for Disease Control (NCDC) considers the procedure a highly sensitive one that must be done under the protection of N95 respirator, face shield or goggles and apron at all times when interacting with patients.

“That notwithstanding, I was kitted with the appropriate PPE and made sure this gentleman made it. Sadly, his result came back positive but that didn’t make us abandon him. We had to escalate to the intensive care unit and he fought his way out in few days,” Samson explained.

“When he was finally discharged after a negative swab, you could see the joy in his face and the family was very happy. There are lots of cases. Even the ones that we think would not make it, we give them palliative care, keep them comfortable as much as possible and give them a dignifying death.”

About 3,259 miles away from the UK, in his country, Nigeria, Samson could only wish the fate of his patient for his dearly loved father who suddenly found himself at the mercy of the University of Benin Teaching Hospital (UBTH) for clinical rescue.

With a combination of lack of PPE and a jeopardising loyalty to a killer-policy of ‘no test, no rescue’, the octogenarian’s chances of surviving were squandered. Apart from the triaging doctors who had access to basic protection, specialist doctors who could offer the nature of critical intervention Samson gave his patient lacked the confidence to swing into action primarily due to the unavailability of protection.

About a month earlier, 25 doctors at the teaching hospital had been infected with the virus, the Nigerian Medical Association (NMA) confirmed. This was why doctors’ fears leaped to the height of insisting on the unwritten rule of obtaining a negative COVID-19 test result before approving a sensitive procedure as ventilator aid for a gasping patient.

Obtaining test result typically gulps more than 96 hours countrywide — an offshoot of decades of government’s prioritisation of politically gratifying efforts like expending billions on fuel subsidy over-investing in manufacturing capacity capable of responding to a pandemic need of medical kits and building health infrastructure, such as high-capacity molecular laboratories that would have hastened the rate of testing and detection of the coronavirus in many remote regions in Nigeria.

As of July 1, Nigeria had crossed another grim milestone after it reported its single biggest daily total of 790 confirmed cases. The total number of cases as of July 9 was 30748 with 689 deaths from 139 confirmed cases with only 2 deaths on May 31.

In its initial struggle with the pandemic, Africa’s largest oil producer had only about 200 testing facilities to a population nearing 200 million. Even in the pre-coronavirus era, the biggest labs in the country shipped patients’ samples requiring molecular diagnosis abroad, said Abbasi Ene-Obong, chief of 54GENE, the health start-up that raised $500,000 from private partners to equip government-run labs with polymerase chain reaction (PCR) machines.

‘No ventilator if the swab comes out negative at UBTH’

Samson’s old man was evidently gasping. His saturation had sharply nosedived to the value of 58 even on 10 litres of oxygen. He had no respiratory drive and was essentially drowning in his own fluids.

It means dying. Healthy people require a saturation level above 94 to sustain their vital organs. But in his case, a ventilator strength was critical to forcing out the fluids. Throwing him in a tank of oxygen would not have made a difference. That was the main concern of the doctor who transferred him from a private facility where he had earlier been managed to UBTH — the only tertiary hospital where a ventilator aid was available in the entire city of Benin. Efforts to scout for private ventilator service were futile. At the news of resorting to UBTH, the old man got jittery. It never sat well with him. And unfortunately, his suspicion was right.

As Joshua Samson monitored events from his UK residence via phone calls, he asked that his younger brother Osas Samson let him speak with the doctor attending to their father. But the response was jarring: If the swab comes out negative, he gets a ventilator. But if positive, he doesn’t.

“He said the team involved in doing that was only ventilating negative patients. Then what happens to patients who are positive? They are left to die?” Samson wondered, regretting how his medical training and expertise could not serve the man who fathered him through life, simply because he was trapped in the web of an insensitive system.

Yet, there were idle ventilators in the ward, confirmed by a doctor who spoke to Samson. Joshua Uwaila, public relations officer of the hospital, spoke of how the hospital had moved past trifle forms of incompetence, telling BusinessDay that two ventilators were dedicated to the isolation ward since the start of the pandemic.

He also confirmed that some ventilators were available outside the isolation ward. UBTH is one of the NCDC’s licensed centres for managing coronavirus cases.

Given the NCDC’s weakness at pacing up testing rates, and a critical shortage of PPE, suspected patients like Samson’s father are not just left to writhe in pains; more like kicking a man who is already down, they are equally burdened with a personal responsibility to stay alive in a ‘holding bay’ until a COVID-19 test result proves them negative.

In that holding bay, no severity of gasping can provoke clinical rescue action — simply because doctors are afraid to act without protection.

“That is a big gap in our healthcare system. Who takes care of patients awaiting test, who have likely COVID-19 symptoms? You should have doctors working with full PPE because these people are COVID-19 patients until proven otherwise. And you may even have a testing lab in that holding bay,” said a consultant surgeon at the frontline of COVID-19 in one of Nigeria’s tertiary hospitals who didn’t want to be mentioned in this report for fear of retribution.

“But here, we are overstretched. PPE are being prioritised for those working in the isolation ward. Yet, doctors at the frontline in the other wards, including emergencies, don’t have adequate protection. The idea is that those who are treating confirmed coronavirus patients should wear N95, shields, gowns. But other doctors treating ordinary patients should just wear surgical masks and they will be fine. We all know that N95 is the most superior. We all know the surgical mask is not as effective as N95 and yet, politicians use it to address press conferences and senators wear them to plenary sessions.”

Acute respiratory distress with desaturation is a clinical emergency all over the world, irrespective of the cause, says Francis Owoicha, a UK-based Nigerian doctor currently working at the centre of COVID-19 fight.

“The coronavirus pandemic is just one cause; it shouldn’t lead to denial of treatment to anyone presenting with acute shortness of breath, even though they are suspect,” he says. “Intubate if they are desaturating even on Oxygen, with a ‘dirty ventilator’ if need be. While on treatment, a result comes out and then your management can change. The testing and admission criteria must be redefined and people who need intervention should be prioritized, rather than herding asymptomatic patients into isolation centres and publishing phantom recovery rates.”

For severely ill suspects such as the senior Samson, they weren’t merely to be isolated in the holding ward after collection of samples from the nose and throat. In the US, the Centres for Disease Control and Prevention (CDC) recommends that healthcare workers closely monitor vital signs, including pulse rate, blood pressure, respiratory rate, and temperature.

The doctors finally swabbed him on Sunday, May 17, but well over 48 hours elapsed without a result to show for the effort. This was at a time when the hospital had been licensed to conduct coronavirus testing within its facility. In-hospital testing kicked off May 11 — enough time to test-run and fix shortcomings if there were any. The turnaround was expected to be shorter compared to when the hospital had to take all samples some 87 kilometres north of Benin City to Irrua Specialist Teaching Hospital, where other samples arriving from nearby communities and states had to compete on a long queue.

By then, his family was panicky. Joshua kept tracking Osas to speak to a doctor. A typical diabetes case that was under control suddenly relapsed into a sharp headache on May 14. The old man called in at the hospital and seem stabilised until a few hours into the night when the pains returned, causing him to be managed as a case of migraine and slightly elevated sugar.

By 2 am the following day, gasping set in. Samson asked for a chest x-ray, which revealed pulmonary edema. The burden wasn’t for oxygen to shoulder. It was a battle for a ventilator. Yet, to ascertain the level of risk in the absence of PPE, a coronavirus test stood in the way of ultimate clinical rescue in the golden hours of need. The gasping continued endlessly until the old man got tired of fighting alone. He died on Wednesday, May 20, at the holding ward of the hospital.

But reacting to the grim fate of patients under the hospital’s negligence, Uwalia said: “That’s not the true representation of things. The management is conscious. We are conscious of the fact that beyond COVID-19, the cases we are managing are still there like surgeries cannot continue to be put on hold. Women have to give birth.”

Days after the old man’s death, his COVID-19 test was yet to be released. It is not clear if the other members of the family were endangered.