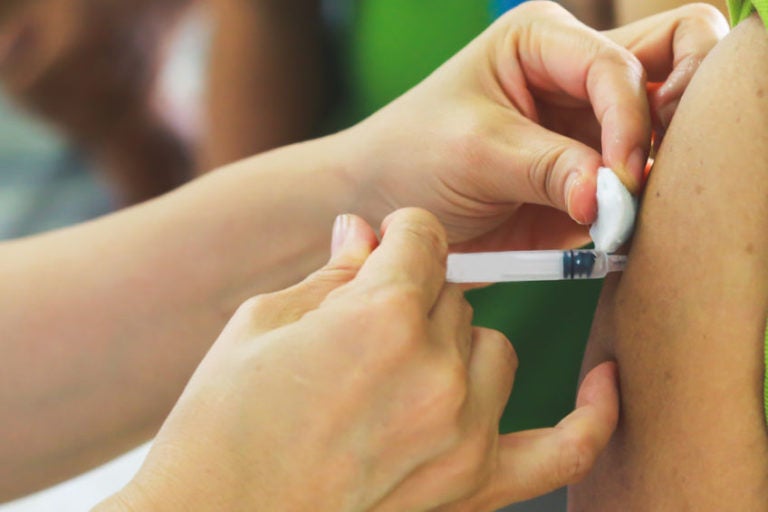 MANILA, Philippines — Senatorial aspirant Teodoro “Teddy” Baguilat Jr. asked the national government on Monday to intensify vaccination of indigenous peoples (IPs), saying that only less than 10 percent of this group have so far been inoculated against COVID-19.

Baguilat, who previously chaired the committee on national cultural communities in the House of Representatives, said the slow vaccination rate for IPs places the country’s cultural heritage in danger.

“At the start of the pandemic, there were apprehensions that COVID would wipe out indigenous tribes, ironically because of the purity of their genetic make-up,” Baguilat said in a statement.

“That risk remains today, but we have a shield now in the form of vaccines, so the government must vaccinate as many members of indigenous communities as possible, not just to protect them as Filipino citizens, but also to ensure the continuity of the country’s cultural legacy,” he added.

Citing data from the National Commission on Indigenous Peoples, Baguilat said that out of the 14 million members of indigenous communities in the country, only one million—or less than 10 percent—have been vaccinated.

“IPs remain valuable contributors to economic development as frontliners in the defense of the environment and as small-scale farmers and fisherfolk. It is imperative that their health be protected,” he said.

“For centuries, IPs have been left out of social service efforts, even as they continue to contribute to the nation in various ways. I hope that the government’s vaccination drive will be the start of a deliberate program of inclusivity for all marginalized sectors,” he added.

Further, Baguilat stressed that the government’s vaccination data on indigenous communities highlighted the lack of a reliable census on IPs.

“It’s impossible to make an effective plan without dependable data. How can the government know, for example, how many health personnel and equipment to deploy if the number of target beneficiaries is based on guesstimates?” he said.