Police commandos arrested a son of late influential boxing promoter Klaew Thanikul and the father of TV actors Nachat and Natcha Janthaphan, and 14 other suspects, when executing arrest warrants in 12 provinces on Thursday.

Mr Vorachet was wanted on charges of attempted murder and violations of the Firearms Act in connection with an attack on a truck in Nonthaburi, for causing injuries and causing damage to the vehicle. He was arrested at Viphawan housing etate in tambon Bang Krasor of Muang district, Nonthaburi.

Mr Khom, 35, was arrested in Nakhon Si Thammarat. He was wanted for allegedly shooting dead Ekkarong Ruengnate at a roadside bus pavilion in Tha Muang district of Kanchanaburi province, in full view of shocked passengers. He allegedly shot Ekkarong four times with a .45 handgun. He was apprehended on a road in Cha-uat district.

In Chachoengsao province, commandos surrounded the house of murder suspect Sathaporn Khaopongchan in Bang Nam Phrieo district. However, Mr Sathaporn was not in the house or anywhere in the 40 rai compound. Other family members were at home.

Mr Sathaporn allegedly shot dead Uthen Lornor over a land dispute in Bang Nam Phrieo in 2007. Police  arrested him and he later skipped court bail. He was previously convicted on drug charges. 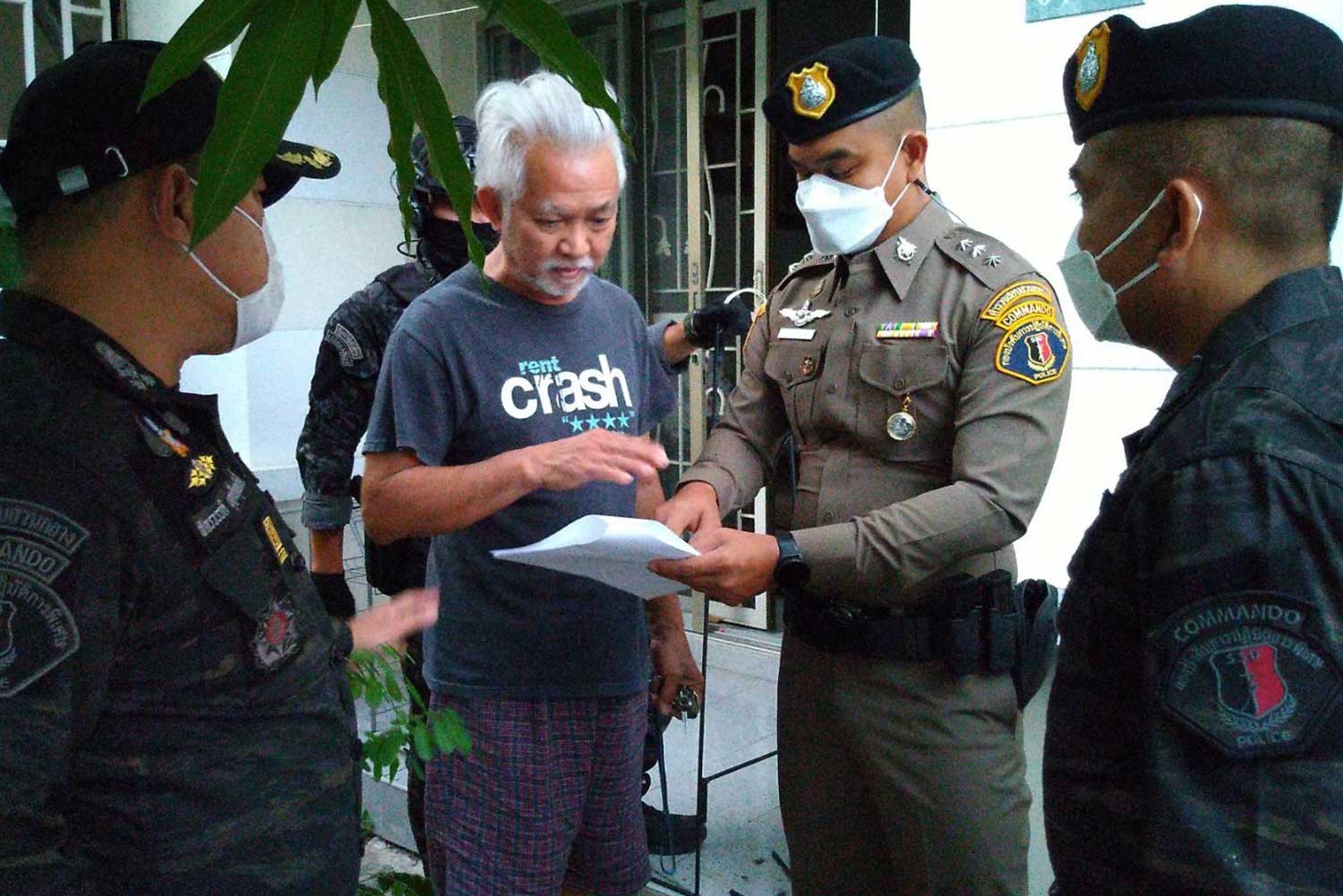