Before we were ushered into the theatre one floor above the waiting area at Hostbkk theatre and dance studio, the actors, clad in period costumes, stared down at us from behind glass windows, still and silent like dolls in boxes.

And even when animated, the characters in Saeng-thong Phong Ampai seemed frozen in time, willingly locked in their own bubble.

Adapted from Eugene Ionesco’s The Bald Soprano by Parnrat Kritchanchai and directed by newcomer Yadamin Jamsuksai, the play seems to be set sometime in the distant past at first, with the master and mistress of the house (Supasawat Buranavech and Pariya Wongrabiab) dressed in traditional Thai costumes. Then their slave, Yen (played alternately by Ornanong Thaisriwong and Pathavee Thepkraiwan) shows up, sporting a bright-coloured traditional Thai outfit and a pair of neon-coloured plastic sunglasses. When the guests (Kwin Bhichitkul and Kanyawi Tang-on) arrive, they’re wearing Western period clothing with kitsch accessories.

The speech, too, is a mix of periods, languages and styles, from contemporary colloquial Thai and stylised Thai to English, Thinglish and Thai pop-song lyrics, with a smattering of raps, rhymes and Thai proverbs.

In Yadamin’s hands, the comedy and chaos were deftly controlled. And Parnrat successfully turned a French absurdist play into something resembling a class satire that feels relevant to Thailand today. Together, through language, design and direction, they portrayed the middle class not only as stubbornly cocooned in their own world and nostalgic for the past, but also fearful of the present and mundane reality.

It is the slave who is savvier, even more educated, and commands more respect from the masters than they from each other. Every time they open the door of their home, the familiar cacophony of modern-day Bangkok pours in — sounds they are only too happy to muffle.

The set design by Aphirat Kaewkan, too, reflected the insularity of these characters. The performance space was in a corner room wrapped by windows on two sides, but surrounding the stage were metal frames, separating the world of the characters and the real world that only the rest of us could see.

The cast was made up of some of Thai theatre’s best comedic talent and up-and-coming actors. The veterans were excellent, as expected, but the younger actors also shone bright. Although his comedic sense was not as sharp as Ornanong’s, Pathavee, better known for his drag persona Amadiva, brought more sex and sensuality to the role of Yen. Thongchai Pimapunsri, a talented dramatic actor and physical theatre performer, showed off his comedic chops with a charming portrayal of the guileless and dim-witted fireman.

Saeng-thong Phong Ampai is a small, accomplished production helmed by a young director who knows how to bring out the best from each artist. 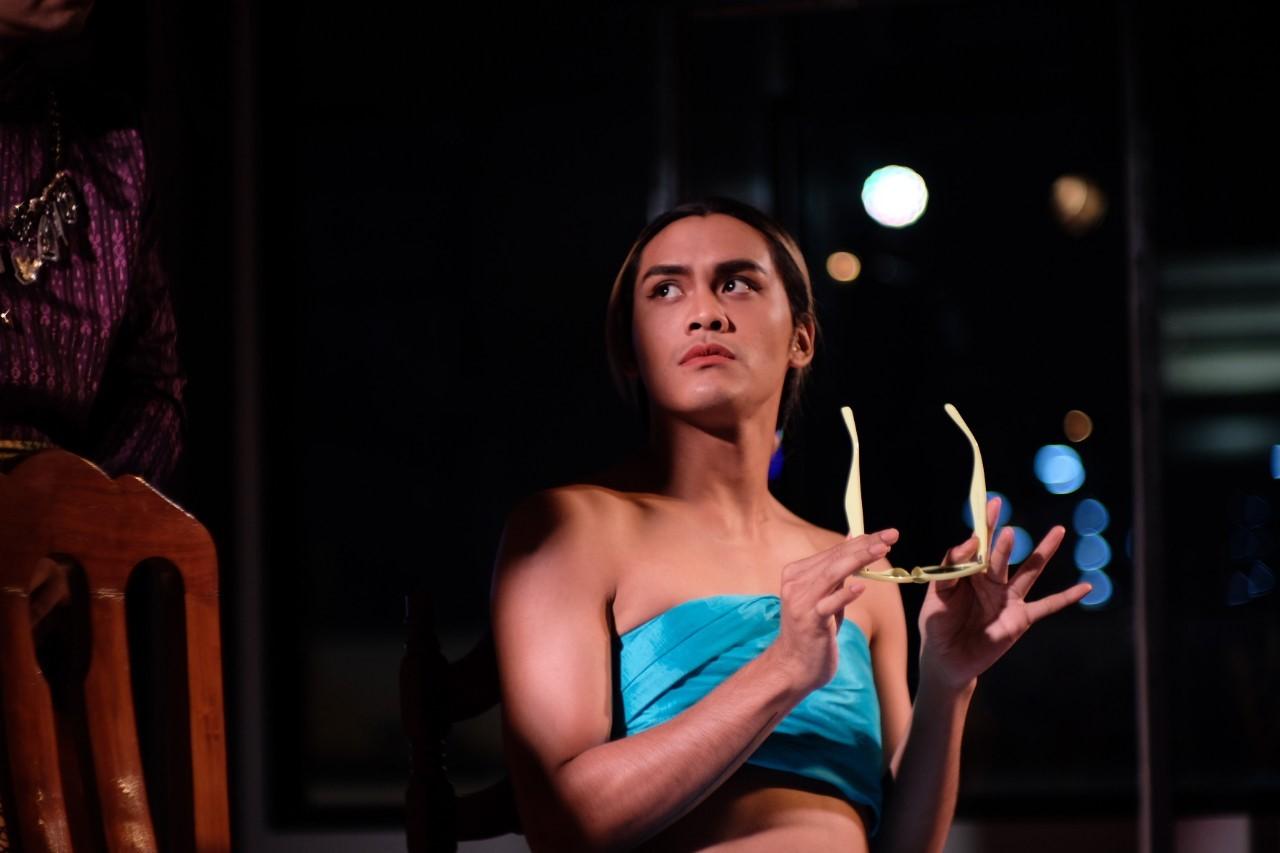